Hammami, a former Al-Shabaab fighter and prolific English-language propagandist for the group with a $5 million American bounty on his head, went into hiding after falling out with the group last year.
END_OF_DOCUMENT_TOKEN_TO_BE_REPLACED 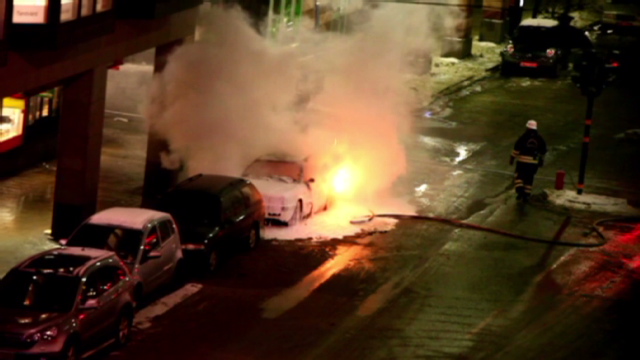 Investigators say Taimour Abdulwahab set a car on fire and detonated a bomb attached to his body in 2010 in Stockholm.
December 9th, 2011
09:26 AM ET

The last days of a suicide bomber

By Paul Cruickshank, Tim Lister and Per Nyberg

He was the father of two small children and lived an ordinary life in a drab English town. Most of his family, originally from Iraq, had settled peacefully in Sweden. But unknown to any of them, Taimour Abdulwahab had embraced jihad - and was planning to blow himself up among Christmas shoppers in the Swedish capital.

Abdulwahab's last steps and contacts offer further evidence that "the lone wolf" terrorist is very difficult to identify. But they also show that - even with training - the lone suicide-bomber faces serious challenges in carrying out an attack. END_OF_DOCUMENT_TOKEN_TO_BE_REPLACED

The threat posed by al Qaeda in the UK has lessened, but the future Olympic Games in London and the UK’s radicalization problems are still key security concerns, according to a report released by the UK government Tuesday.

The report comes a day after the UK terrorist threat level was lowered from “severe” to “substantial” - meaning that a terrorist attack is now a “strong possibility” rather than “highly likely.”

The Home Office document - an updated strategy for countering terrorism and the threat faced by the UK - suggested that increased pressure on al Qaeda in the Afghanistan-Pakistan border region and the death of Osama bin Laden were linked to the reduction in the threat level to the UK. END_OF_DOCUMENT_TOKEN_TO_BE_REPLACED

Last weekend on his way to Afghanistan, Leon Panetta, the new U.S. defense secretary, stated that the U.S. was “within reach of strategically defeating al Qaeda.” The greatest terrorist threat to the United States now came from Yemen rather than Pakistan, Panetta added, in what was the most optimistic statement yet from a senior Obama administration official on the state of the fight against al Qaeda and affiliated terrorist organization in the Afghanistan-Pakistan border region.

Yet according to a new study, which I authored, published last week by the New America Foundation, progress against al Qaeda in the Afghanistan-Pakistan border region has not yet been reflected in the one metric that most counts. END_OF_DOCUMENT_TOKEN_TO_BE_REPLACED

NATO on alert for influx of foreign fighters in southern Afghanistan

Coalition forces in Afghanistan say that a recent security operation in the southeast part of the country suggests an influx of foreign fighters may be underway, just as the Taliban begins its "fighting season" against NATO troops.

And intelligence analysts say it seems a growing number of Europeans are among them. END_OF_DOCUMENT_TOKEN_TO_BE_REPLACED