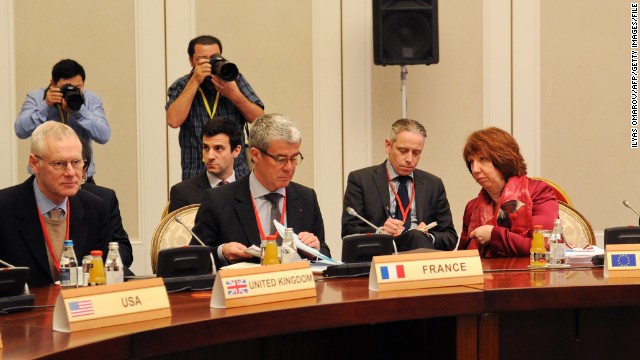 Talks began Tuesday between six world powers and Iran over its controversial nuclear program for the first time in nearly eight months.

But the mood going into the negotiations was as gloomy as the fog that hung over this snowbound Central Asian city.

"I don't think tomorrow (Tuesday) is likely to be a day in which we can announce a great success," a diplomat participating in the negotiations told journalists on condition of anonymity on the eve of the first meeting.

Other officials were not so optimistic either.

"Most probably, the negotiations in Almaty will fail," said Hossein Mousavian, who served as Iran's nuclear negotiator until 2005.

Iran has held several rounds of negotiations with the P5 plus 1, which comprises Germany and the five permanent members of the United Nations Security Council. The five members are the United States, France, Britain, Russia and China.

Rasmussen's statement said three NATO countries have available Patriot missiles - Germany, the Netherlands and the United States - and it would be up to them to decide if they can deploy them and for how long.
END_OF_DOCUMENT_TOKEN_TO_BE_REPLACED

Istanbul, Turkey (CNN) - Turkey was shelling Syrian military sites near its border early Thursday, according to the opposition, even as the Turkish parliament was to convene an emergency session to consider granting authority to preemptively strike its neighbor.

The opposition claims follows news Wednesday that Turkey fired on Syrian government targets in response to the shelling of a Turkish border town.

Turkey fired on targets in Syria in response to the shelling of a Turkish border town in which five civilians were killed Wednesday, a statement from Prime Minister Recep Tayyip Erdogan's office said.

A senior defense official says the Pentagon is watching the cross-border attacks between Syria and Turkey with some degree of concern, “but at this point, there’s nothing to suggest it’s going to become a broader conflict.”

The official says Pentagon officials have been closely watching what’s happening between the two nations, but at this point have not initiated any further military-to-military contact with their Turkish allies in response to this issue.

The official says both nations would have an interest in not allowing the conflict to escalate.
END_OF_DOCUMENT_TOKEN_TO_BE_REPLACED 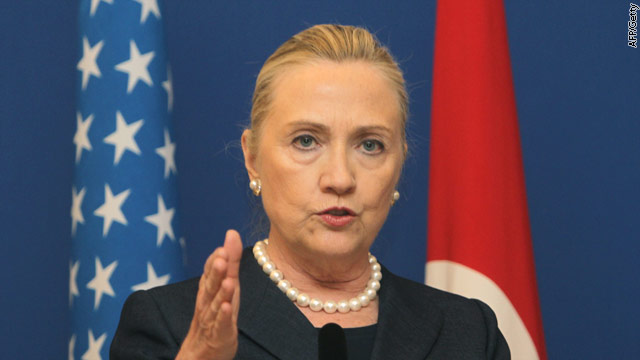 END_OF_DOCUMENT_TOKEN_TO_BE_REPLACED

Most senior diplomat to defect from Syria talks to CNN

The most senior Syrian diplomat to defect and publicly embrace his country's uprising is calling for a foreign military intervention to topple president Bashar al-Assad.

Nawaf al Fares spokes to CNN's Ivan Watson in Doha, Qatar. Fares also accused the Damascus regime of collaborating with al Qaeda militants against opponents both in Syria and in neighboring Iraq.

Here's a transcript of the interview: END_OF_DOCUMENT_TOKEN_TO_BE_REPLACED 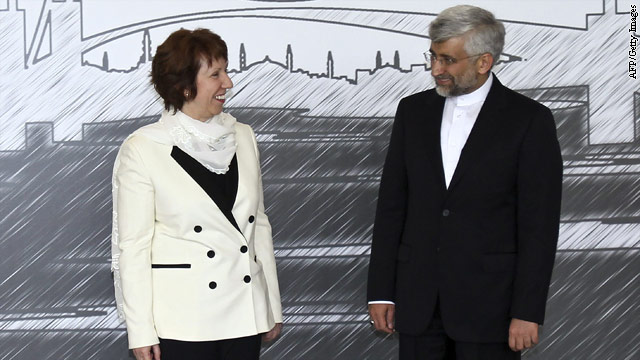 Ashton said Saturday's meeting was a basis to establish a "sustained process of serious dialogue."
END_OF_DOCUMENT_TOKEN_TO_BE_REPLACED

Syrian volunteers are trying to clear landmines that Turkish authorities say the Syrian army began planting along stretches of the border earlier this winter, report Ivan Watson and Yesim Comert who went to see the effort in Altinozu, Turkey.

Amid the olive groves of Turkey just a stone's throw away from the Syrian border, one volunteer has hidden away several Styrofoam boxes.

Their contents are deadly: a dozen unexploded antipersonnel mines. END_OF_DOCUMENT_TOKEN_TO_BE_REPLACED

The bloody internal struggle over the future of Syria is increasingly taking on a wider, regional dimension that could be seen as a proxy war times two.

At one level, it is a showdown of the old Cold War dimension, pitting the United States and other Western countries against Russia and China. But there is a second proxy battle going on, as throughout the Middle East battle-lines are being drawn between governments that support and those that oppose the al-Assad, regime based mostly on allegiance to Shiite and Sunni heritage.

"We will start a new initiative at this point with those countries that will be on the side of the Syrian people, and not with the Syrian regime," Turkish Prime Minister Recep Tayyip Erdogan told his Parliament. END_OF_DOCUMENT_TOKEN_TO_BE_REPLACED