Senior Senate Democrats, including Majority Leader Harry Reid, cautioned Monday that any U.S. move toward sanctions against Russia over Ukraine should be carried out in accordance with European allies.

Separately, Republican Ron Johnson, a member of the Senate Foreign Relations Committee, said he's urging fellow lawmakers to speak with "one voice" as they discuss action over the developing situation in Crimea. 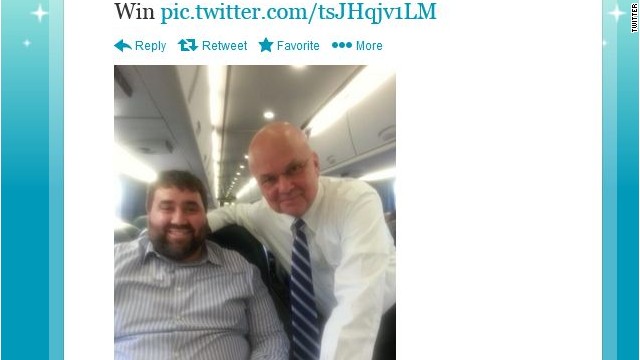 My, how the tables have turned. Former National Security Agency director Michael Hayden had a mole of his own on the Acela train Thursday afternoon.

Nearby passenger Tom Matzzie eavesdropped on a phone conversation between Hayden and an unknown journalist, live tweeting notes. At least he wasn't on the quiet car...

Hayden, a CNN.com contributor, told CNN he "had a nice chat with my fellow Pittsburgher" on his way.

"Not sure what he thinks bashing the Administration means," he said in a statement, adding he didn't criticize President Barack Obama. "I actually said these are very difficult issues. I said I had political guidance, too, that limited the things that I did when I was director of NSA. Now that political guidance is going to be more robust. It wasn’t a criticism.”

Poll: Worries about Syrian war on the rise

More and more Americans are concerned about the situation in civil-war ravaged Syria, according to a new national survey.

But the CNN/ORC International poll, released Monday, also indicates the public remains cautious over charges that the Syrian government has used chemical weapons against its citizens.

According to the survey, 36% of Americans are very concerned about the current situation in Syria, with 43% saying they are somewhat concerned and nearly one in five not concerned. The 36% who are concerned is up seven percentage points from a CNN poll conducted last August.

There seems to be a generational divide, with 47% of those age 50 and older very concerned. That number drops to 28% for those under 50.