END_OF_DOCUMENT_TOKEN_TO_BE_REPLACED

Early on, Broadwell began quietly returning emails from well-wishing friends, but she hasn't done much beyond that, according to sources who have said she is very focused on how the news has affected loved ones. But that strategy appears to be shifting somewhat with the hiring of a Washington-based public affairs group and friends who have known Broadwell for years now going public to combat images of her that they feel are unfair. END_OF_DOCUMENT_TOKEN_TO_BE_REPLACED 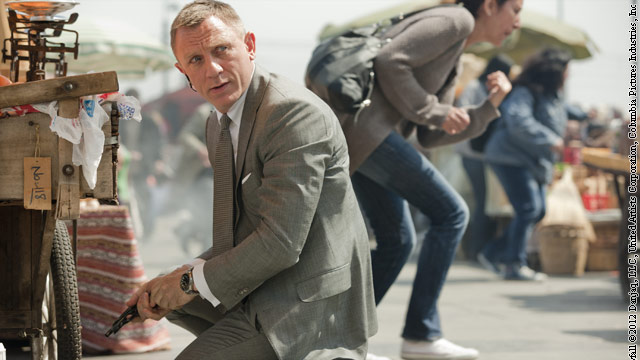 END_OF_DOCUMENT_TOKEN_TO_BE_REPLACED

Obama faces a world of challenges in second term

After a long presidential campaign, Barack Obama has little time to savor his re-election victory as a host of world challenges linger. Security Clearance examines some of the key national security issues Obama will have to tackle in the coming months and what the strategy may be now that the election year politicking is over.

On his second day in office in 2009, President Barack Obama appointed former Sen. George Mitchell as an envoy to Mideast peace and pledged to work "actively and aggressively" to secure a final peace deal between Israelis and Palestinians.

Four years later, Israelis and Palestinians are father apart from a deal than at any time in the decades-long peace process. And that effort became more difficult with the election of Israeli Prime Minister Benjamin Netanyahu, who has made countering Iran's nuclear threat his priority, as well as Palestinian infighting and conditions for restarting talks.

But both parties also blame a lack of U.S. leadership on the issue as a major reason negotiations have stalled. As with previous presidents, a second term could inspire bold moves by Obama to bring the parties back to the table.

One of his most pressing challenges will be curbing Iran's nuclear ambitions. After months of criticizing the Obama administration for not being tough enough on Iran, the Israeli government is now casting Obama's re-election as good for Israel and for dealing with Iran.

END_OF_DOCUMENT_TOKEN_TO_BE_REPLACED

A senior U.S. intelligence official emphatically denied that the CIA refused repeated requests from its officers on the ground in Benghazi, Libya, to assist the Americans under attack at the U.S. mission there.

Just five days before the presidential election and in a rare briefing to reporters, the official Thursday offered almost a minute-by-minute account of what happened that night.

According to a Fox News report last Friday, citing an unnamed source, CIA officers working at an annex about a mile from the mission were told by officials in the CIA chain of command to "stand down" after receiving a call from the mission asking for help.

"There were no orders to anybody to stand down in providing support," the senior intelligence official said, offering a passionate defense of the actions taken by the CIA officers on the ground during the September 11 attack that killed Ambassador Christopher Stevens and three other Americans.

The official insisted the agency operators at the annex were in charge of their movements and the safety of those who were preparing to respond to the initial attack on the mission compound.

END_OF_DOCUMENT_TOKEN_TO_BE_REPLACED

Defense Secretary Leon Panetta noted the attacks in a speech last week and warned that United States must beef up its cyber defenses or risk a potentially devastating strike. END_OF_DOCUMENT_TOKEN_TO_BE_REPLACED