U.S. rejects requests for documents regarding targeted killings with drones

The United States government is seeking to reject lawsuits demanding information about drone strikes that target suspected terrorists overseas, saying releasing details on the program would have a major effect on counterterrorism efforts.

The American Civil Liberties Union filed the lawsuit in New York after a Freedom of Information Act request they submitted to the Department of Justice, the Department of Defense, and the CIA, was denied. The rights group is seeking the release of a copy of the memo outlining the Obama administration's program that targets suspected terrorists overseas.  The New York Times filed a related lawsuit.

In its response, the government asked for a summary judgment dismissing the complaints and defended its decision not to release the requested information.

“Even to describe the number and details of most of these documents would reveal information that could damage the government’s counterterrorism efforts,” the government said, further maintaining that refusal to disclose the information is consistent with exemptions in the Freedom of Information Act that permit the withholding of records when doing so is in the public interest. END_OF_DOCUMENT_TOKEN_TO_BE_REPLACED

The Combating Terrorism Center at the U.S. Military Academy in West Point, New York, published the papers on its website.  Here are the center's brief description of the documents. You can click the links for the English translations: END_OF_DOCUMENT_TOKEN_TO_BE_REPLACED

Al-Awlaki and the man widely believed to have been Inspire's editor, former North Carolina blogger Samir Khan, were both killed in a drone attack in September in Yemen. It's unclear why it's taken so long to publish their articles. END_OF_DOCUMENT_TOKEN_TO_BE_REPLACED

Al Qaeda in the Arabian Peninsula represents a "serious threat" to attack the United States, according to a Defense Department official who oversees special operations.

In testimony before a Senate Armed Service subcommittee, Michael Sheehan, the assistant secretary of Defense for special operations/low-intensity conflict, said the United States has made important gains against the al Qaeda affiliate over the past year, but "the group's intent to conduct a terrorist attack in the United States continue to represent a serious threat."

END_OF_DOCUMENT_TOKEN_TO_BE_REPLACED 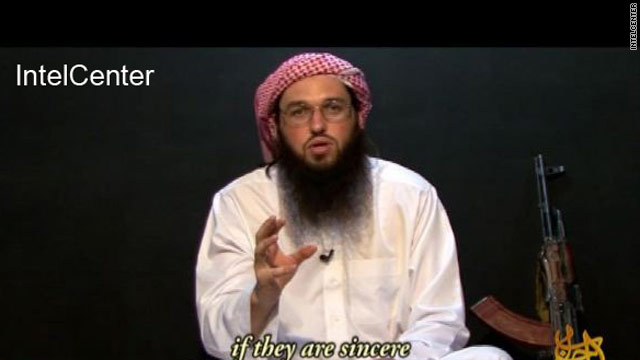 END_OF_DOCUMENT_TOKEN_TO_BE_REPLACED

Holder: Not 'assassination' to target Americans in terror hunt

Attorney General Eric Holder on Monday defended the targeted killing of U.S. citizens abroad who are suspected of plotting to kill Americans, rejecting critics' arguments that those strikes amount to assassinations.

While not referring directly to the government's drone attack on U.S.-born Anwar al-Awlaki in Yemen last year, Holder was unflinching in providing publicly for the first time the Justice Department's legal justification for using lethal force, saying attacks like the strike that killed al-Awlaki fell within "our laws and values."

"Let me be clear: An operation using lethal force in a foreign country, targeted against a U.S. citizen who is a senior operational leader of al Qaeda or associated force, and who is actively engaged in planning to kill Americans, would be lawful," he said. END_OF_DOCUMENT_TOKEN_TO_BE_REPLACED

Holder to make case for targeting Americans in terror hunt

After months of promises from the Obama administration, Attorney General Eric Holder Monday will finally lay out at least some of the legal arguments that the Justice Department developed to support its targeted killing of a U.S. citizen with alleged terrorist ties in Yemen last year.

One official familiar with the speech said it was doubtful Holder would mention by name Anwar al-Awlaki, who was targeted in a September drone attack. Another American who was active in Al Qaeda in the Arabian Peninsula (AQAP), Samir Khan, was not the target of the strike but was with al-Awlaki and killed at the same time.

Both the operation and the legal opinion that supported it remain classified.

END_OF_DOCUMENT_TOKEN_TO_BE_REPLACED

The targeted killing of those suspected of engaging in terrorist activities against the United States, including American citizens, is justified and legal, according to the Defense Department's chief lawyer.

Pentagon general counsel Jeh Johnson is the first government lawyer to officially weigh in on the legal justification for killing a U.S. citizen since American born Yemeni cleric Anwar al-Awlaki was killed by a CIA missile fired from an unmanned aerial vehicle last September.

In comments Wednesday night during a speech at Yale University, Johnson made no mention by name of al-Awlaki or the classified CIA drone program.

"Belligerents who also happen to be U.S. citizens do not enjoy immunity where non-citizen belligerents are valid military objectives," Johnson said.

END_OF_DOCUMENT_TOKEN_TO_BE_REPLACED

AbdulMutallab's trial last year was cut dramatically short when he pleaded guilty to trying to detonate an explosive device in his underwear aboard a Christmas 2009 flight to Detroit. END_OF_DOCUMENT_TOKEN_TO_BE_REPLACED 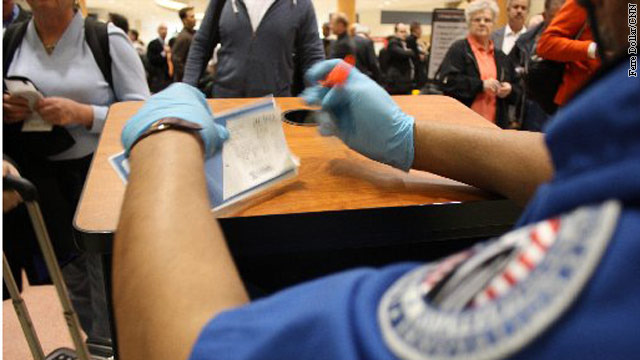