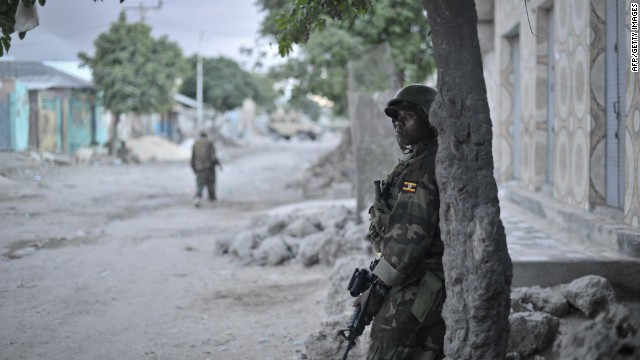 Ikrima is wanted by both the Kenyan government and its Western allies and was a close associate of one of al Qaeda's most important operatives in East Africa. A recent Kenyan intelligence report that was leaked just after the Westgate mall attack in Nairobi outlined several plots in which he was allegedly involved. All of them involved targets in Kenya, and all the attacks would have involved Kenyan citizens trained by Al-Shabaab.
END_OF_DOCUMENT_TOKEN_TO_BE_REPLACED

The mission's aim - to capture Ikrima - is the reason the team was used rather than a lethal drone attack, the official said.
END_OF_DOCUMENT_TOKEN_TO_BE_REPLACED 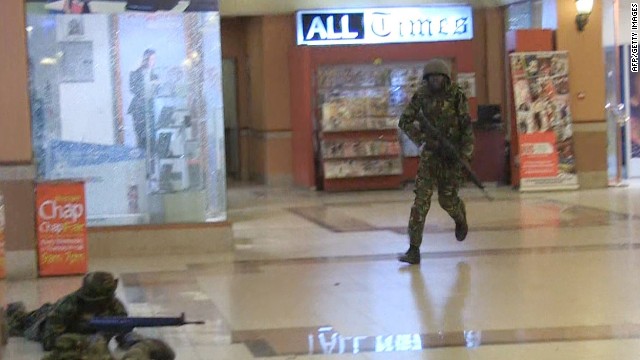 "There are data points that worry us. Our intelligence is focused on how do we prevent any more attacks," the other official said.
END_OF_DOCUMENT_TOKEN_TO_BE_REPLACED

An image grab taken from AFP TV shows a member of the Kenyan security forces taking position inside a shopping mall following an attack by masked gunmen in Nairobi
September 25th, 2013
04:14 PM ET

U.S. seeks access to site of terror attack in Kenya

U.S. security and law enforcement personnel are pressing for access to a Kenyan shopping mall where a terror attack and subsequent armed standoff killed at least 67 people.

A U.S. official with direct knowledge of the situation and the latest security assessment said authorities want to know whether any Americans were among the attackers in Nairobi as claimed by the Somali-based al-Shabaab terror group said to be behind the Westgate Mall attack.

“That is the million dollar question,” the official said. “We do not have much fidelity on this. We haven’t had access to the scene.”

Kenyan authorities have said the attackers were from a number of countries, but have not confirmed that any Americans were involved.
END_OF_DOCUMENT_TOKEN_TO_BE_REPLACED

Hammami, a former Al-Shabaab fighter and prolific English-language propagandist for the group with a $5 million American bounty on his head, went into hiding after falling out with the group last year.
END_OF_DOCUMENT_TOKEN_TO_BE_REPLACED