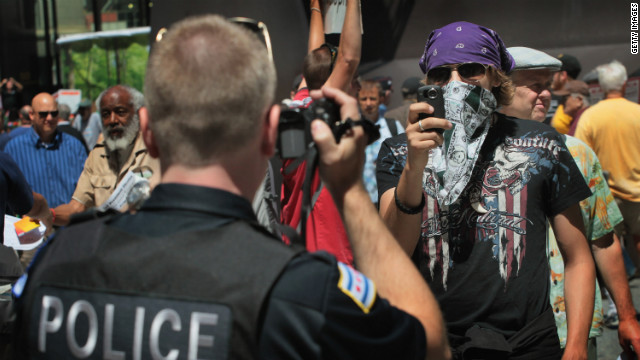 With no deal on supply routes expected before the NATO summit, US officials said President Obama would not meet with Pakistani President Zardari in Chicago.
May 19th, 2012
07:13 PM ET

U.S., Pakistan fail to reach deal on supply routes ahead of NATO summit

By Mike Mount and Elise Labott reporting from Chicago

"There is no deal, and there won't be one until President (Asif Ali) Zardari returns" to Pakistan, one senior official said, "and even that is not assured."

The two sides had hoped to have a deal before Zardari arrived in Chicago this weekend to join NATO allies and other coalition partners for a meeting on Afghanistan.

"The main thing is to get a deal," one senior official said. "It's less important as to when."

A Pakistani driver walks past fuel tankers, used to transport fuel to NATO forces in Afghanistan, parked near oil terminals in Pakistan's port city of Karachi on May 17, 2012
May 19th, 2012
02:11 PM ET

By Mike Mount and Elise Labott reporting from Chicago

The United States will not agree to pay the stiff fees Pakistan is asking in order to open up NATO supply routes into Afghanistan, U.S. officials told CNN Saturday.

Ahead of a NATO summit on Afghanistan's future, Pakistan is requesting $5,000 per truck as a condition to reopen the supply lines between the two South Asian countries, U.S. officials said.

Recommended: A user's guide to the Chicago NATO summit

The new cost is a sticking point in week-long negotiations between Washington and Islamabad to open the roads, known as the ground lines of communication or GLOCs. U.S. officials say the fees are inflated.

"We're hopeful the GLOCs will be reopened soon, but we're not going to agree to unreasonable charges. The Pakistanis understand that," said a senior defense official who is not authorized to speak publicly about the talks.

END_OF_DOCUMENT_TOKEN_TO_BE_REPLACED

Afghan policemen perform a drill during a graduation ceremony at the Adraskan police training centre in Herat province on May 13th
May 19th, 2012
09:48 AM ET

From Elise Labott and Mike Mount in Chicago

On Sunday, the war in Afghanistan is expected to dominate discussions at the NATO summit. Afghan President Hamid Karzai and Pakistani President Asif Zardari are both expected to attend the meeting.

NATO leaders are currently on a timetable to withdraw all of the alliance's combat troops from Afghanistan in 2014.

Recommended: A guide to the NATO summit in Chicago

Senior administration officials tell CNN that NATO members have tentatively agreed on a security transition plan from NATO's International Security Assistance Force to the Afghan National Security Forces before 2014. The plan, which also lays out a NATO training and advisory role after 2014, is expected to be formally adopted at the summit.

One of the key issues to be discussed in Chicago is who will pay to build up Afghan security forces during and after the NATO drawdown. Afghan national security forces should total around 350,000 by 2015, according to CNN National Security Analyst Peter Bergen. Karzai's government can afford to cover only a fraction of the cost, which is expected to total roughly $4 billion annually after 2014, Bergen notes.

END_OF_DOCUMENT_TOKEN_TO_BE_REPLACED

The source noted that officially, there had never been a suspension of the movement of diplomatic supplies through Pakistan, only military supplies, and this did not mean the NATO supply routes had been reopened. But this was the first time diplomatic materials were allowed through in six months. END_OF_DOCUMENT_TOKEN_TO_BE_REPLACED 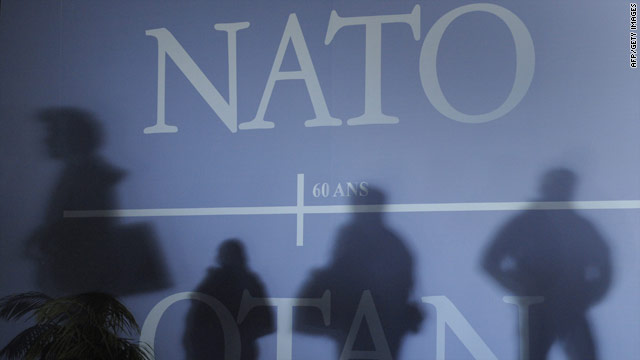 The challenges going forward are much different and far more complicated than the ones that faced the founders of the North Atlantic Treaty Organization 60 years ago. Then, the premise was simple: an attack in Europe or North America against any member is an attack against all. The Soviet Union was the common enemy that created a shared sense of purpose among NATO allies.
END_OF_DOCUMENT_TOKEN_TO_BE_REPLACED 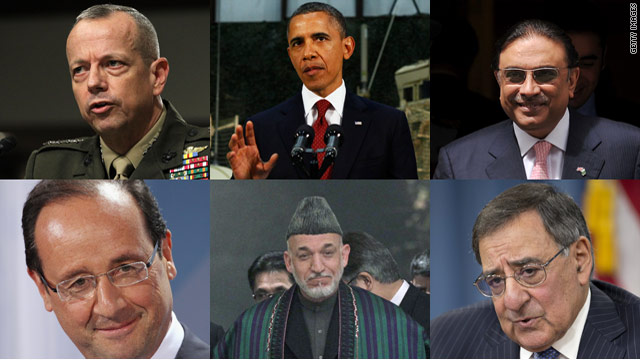 END_OF_DOCUMENT_TOKEN_TO_BE_REPLACED

The invitation comes just days after NATO Secretary General Fogh Rasmussen suggested that the neighbor of Afghanistan would not be included because of the continued closure of Pakistan's border with Afghanistan to war supplies. END_OF_DOCUMENT_TOKEN_TO_BE_REPLACED