By Elise Labott and Barbara Starr

North Korea's nuclear test Tuesday set off a diplomatic scramble for America's new secretary of state as the U.S. national security community began working with other countries to try to determine what North Korea truly achieved.

The test was was not a total surprise, senior administration officials said. North Korea warned the United States and China on Monday that it would be undertaking a nuclear test, two senior administration officials told CNN. The warning came in the form of a message through the "NY channel," which is the U.S. mission to the United Nations, North Korea's typical method for passing messages to the United States. The warning was not specific on timing, but the officials said Washington took it to mean the test could happen at any moment.

After the test was detected late Monday night, Secretary of State John Kerry spoke with South Korea's foreign minister. He's also expected to talk with the foreign ministers for China, Japan and Russia. The United States began coordinating its own response with inter-agency calls between Washington and Seoul, Tokyo, Moscow and Beijing. U.S. Ambassador to South Korea Sung Kim and Gen. James Thurman, commander of the US-Republic of Korea Combined Forces Command, met with the South Korean defense minister.

The U.S. intelligence community and military began the process of assessing the test and North Korea's claims and by morning concluded an underground nuclear test had probably been conducted.
END_OF_DOCUMENT_TOKEN_TO_BE_REPLACED 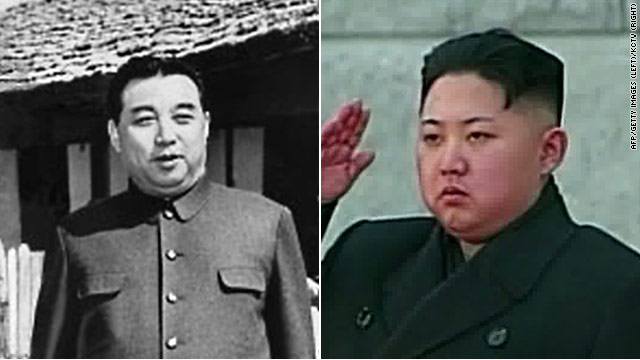 END_OF_DOCUMENT_TOKEN_TO_BE_REPLACED

North Korea has designated the entire year of 2012 as a year of strength and prosperity in celebration of Kim Il Song's birthday.
END_OF_DOCUMENT_TOKEN_TO_BE_REPLACED