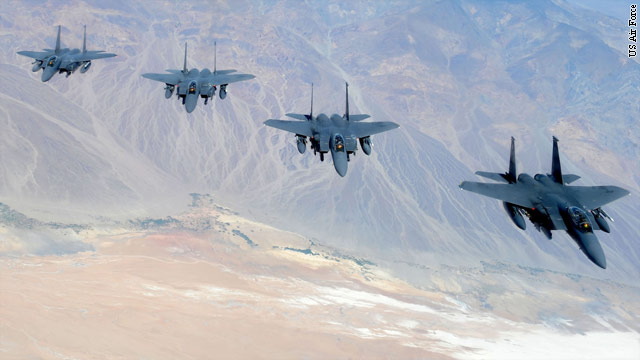 END_OF_DOCUMENT_TOKEN_TO_BE_REPLACED

Why Assad shouldn't worry about NATO

As NATO leaders discuss the winding down of its 10-year war in Afghanistan and pat themselves on the back for helping in the bloody ouster of Moammar Gadhafi in Libya, there is one increasingly deadly conflict that is taboo for the alliance to even think about wading into: Syria.

Practically every NATO leader has publicly condemned the regime of President Bashar al-Assad and called for him to step down and make way for a democratic transition in Syria. Yet U.S. ambassador to NATO Ivo Daalder said Sunday that not one leader even raised the issue of Syria during the opening day of the summit.
END_OF_DOCUMENT_TOKEN_TO_BE_REPLACED