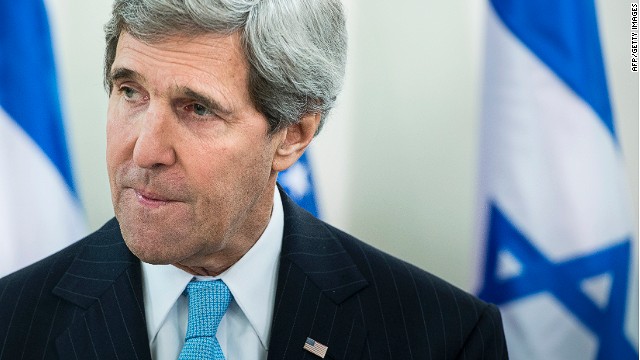 U.S. policy since then has had the opposite effect.
END_OF_DOCUMENT_TOKEN_TO_BE_REPLACED

Wearing a welding mask to protect from heat and sparks, a worker put the finishing touches on a system capable of a task never performed: the destruction of chemical weapons agents at sea.

But with no orders yet to sail, officials Thursday opened the 648-foot cargo ship in Norfolk, Virginia, to display two field deployable hydrolysis systems (FDHS) installed on its main trailer deck. Each FDHS costs about $5 million. They are based on machines that “have been used for about 10 years now to destroy our own chemical materials,” according to Frank Kendall, a Defense Department official.
END_OF_DOCUMENT_TOKEN_TO_BE_REPLACED

The seizure Friday by Islamists of warehouses of American aid for the moderate opposition in Syria - and the American decision to suspend further shipments - is less a loss of critical supplies than a huge wake-up call for the Obama administration that its policy to oust President Bashar al-Assad is falling apart at the seams.

The warehouses belonged to the Supreme Military Council of the Free Syrian army, the military wing of the moderate opposition led by Gen. Salim Idriss.

END_OF_DOCUMENT_TOKEN_TO_BE_REPLACED

Islamic Front in Syria deals another blow to rebel alliance

Influencing events in Syria just got a lot harder for the Obama administration and its allies. Despite receiving months of training, diplomatic support and aid from the West, the Free Syrian Army's command has lost control of its headquarters and supply depots in northern Syria to the recently formed Islamic Front - another sign that the balance among rebel forces is tipping toward militant groups away from more secular brigades.

The warehouses - belonging to the FSA's Supreme Military Command (SMC) - are at Bab al Hawa, a border crossing into Turkey. There are conflicting reports about just how they were taken over and what they held. The head of the SMC, Gen. Salim Idris, told CNN that only food and other humanitarian supplies were taken; other FSA officials say guns and two tons of ammunition were removed.

END_OF_DOCUMENT_TOKEN_TO_BE_REPLACED

U.S. to begin sea trials for ship that could destroy Syria's chemical arms

The U.S. plans to begin sea trials by the end of the month of a merchant marine ship with special equipment on board that can destroy much of Syria's chemical weapons stockpile, according to a U.S. Defense Department official who briefed reporters.

The ship, the M/V Cape Ray, is now in port in the Norfolk area of Virginia being outfitted with a chemical weapons "neutralization" system developed by the Pentagon. If the trials go well and the Pentagon plan is accepted by the United Nations and the Organization for the Prohibition of Chemical Weapons, the ship could head to the region in January. The official, along with two others who briefed reporters, declined to be identified because the plan has not been approved by those international organizations.

The neutralization technology is called the Field Deployable Hydrolysis System. It mixes chemical agents with water and other chemicals to significantly lower any toxicity. The remaining material will then be destroyed in a commercial waste disposal site. "Absolutely nothing will be dumped at sea," the official said, adding that the technology is "safe and environmentally sound."
END_OF_DOCUMENT_TOKEN_TO_BE_REPLACED

After months of delays, a "Geneva II" conference meant to broker an end to the Syrian civil war has been scheduled to begin on January 22 in Geneva, Switzerland, the United Nations said Monday morning.

But which parties will attend - a subject that helped push back the conference for months - wasn't immediately clear.

The conference would bring representatives from Syria's government and elements of the opposition to negotiate an end to the fighting that has wracked Syria since March 2011.

Yet the opposition is hardly a single group; it consists of numerous factions that often oppose each other. The al Qaeda-linked groups Islamic State in Iraq and Jabhat al-Nusra have made substantial gains in Syria in recent months, especially in the north, tilting the balance away from more moderate factions of the rebel Free Syrian Army. 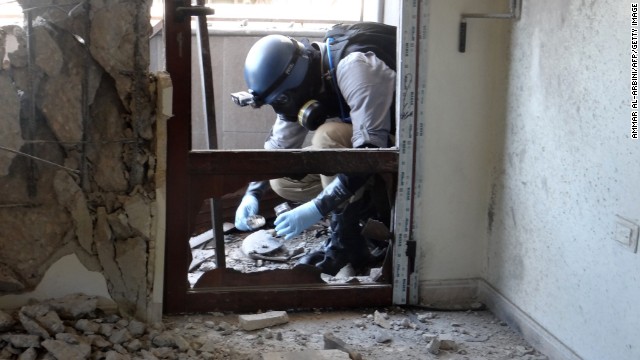 CNN has spoken to several U.S. officials with access to the latest intelligence on Syria, who confirmed the information. All declined to be identified because of the sensitivity of the data. U.S. intelligence agencies, the Defense Department, the State Department and White House are all reviewing the information.
END_OF_DOCUMENT_TOKEN_TO_BE_REPLACED

Speaking to reporters in Bali on Monday, Kerry hailed the quick pace at which inspectors from the Organisation for the Prohibition of Chemical Weapons have been able to get on the ground in Syria and begin their work to destroy its vast chemical weapons arsenal, as called for in a recent U.N. Security Council resolution.
END_OF_DOCUMENT_TOKEN_TO_BE_REPLACED

The drama over whether President Barack Obama would shake hands with his Iranian counterpart detracted from what diplomats at the U.N. General Assembly described as an acute disappointment with his handling of Mideast turmoil.

A perceived lack of leadership in Syria during its civil war coupled with U.S. handling of the political crisis in Egypt has forced the Obama administration to confront a growing lack of confidence among Middle East allies.

But what's most bewildered American allies in the region was Obama's abrupt decision to back away from threats to use military force over alleged Syrian chemical weapons use in favor of a diplomatic approach to divest it of those stockpiles.

They fear Obama's ambivalence foreshadows a lack of mettle in dealing with Iran.
END_OF_DOCUMENT_TOKEN_TO_BE_REPLACED