Other officials, who briefed reporters before Kerry's ninth trip to the region, spoke on the condition of anonymity so they could be candid about the sensitive peace talks.
END_OF_DOCUMENT_TOKEN_TO_BE_REPLACED

END_OF_DOCUMENT_TOKEN_TO_BE_REPLACED 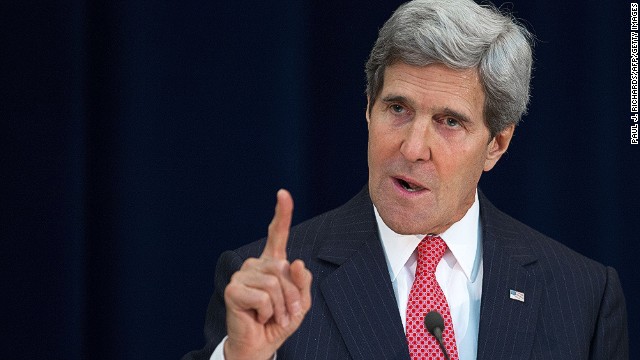 But at a time when the Israeli leader’s confidence in the United States is shaken over the Iran deal, his trust in the administration as broker of a peace deal with the Palestinians may waver.
END_OF_DOCUMENT_TOKEN_TO_BE_REPLACED

END_OF_DOCUMENT_TOKEN_TO_BE_REPLACED 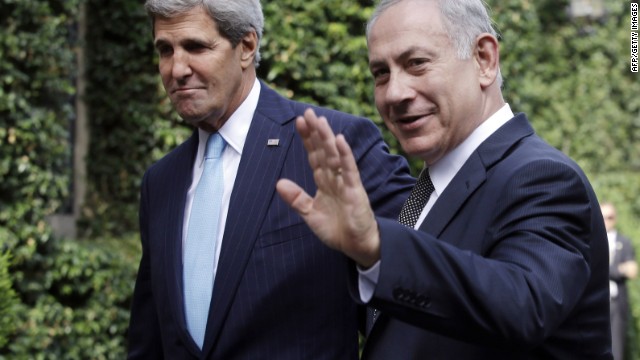 Netanyahu, who has said Iran's nuclear program poses an existential threat to Israel, was cautious in his assessment of the current state of play.
END_OF_DOCUMENT_TOKEN_TO_BE_REPLACED

Secretary of State John Kerry at a press conference in Tokyo on Thursday.
October 3rd, 2013
08:55 AM ET

Kerry: U.S. is not being played by Iran

Secretary of State John Kerry said the United States is clear eyed about the recent rhetoric from Iran’s leaders and dismissed the perception from the Israeli government that the U.S. is being duped.

“I didn't interpret Prime Minister Netanyahu's comments as that we are being played somehow, I understood it to be a warning that don’t be played,” Kerry told reporters in Tokyo on Thursday.

At an address to the United Nations General Assembly earlier this week, Israeli Prime Minister Benjamin Netanyahu said that new Iranian President Hassan Rouhani “is a wolf in sheep's clothing, a wolf who thinks he can pull the eyes - the wool over the eyes of the international community,” and was not sincere about negotiating over Iran’s disputed nuclear program.

“I can assure the Prime Minister there is nothing here that is going to be taken at face value,” Kerry said. “The president has said and I have said it is not words that will make a difference and the actions are going to have to be sufficient that not only will they not be able to get a weapon, there's no ability to suddenly break out and achieve that.”
END_OF_DOCUMENT_TOKEN_TO_BE_REPLACED

The Memorandum includes provisions designed to protect the privacy of Americans whose data might be shared with the Israeli SIGINT National Unit (ISNU). It opens with a preamble that the sharing of information must be “consistent with the requirements placed upon NSA by US law and Executive Order to establish safeguards protecting the rights of US persons under the Fourth Amendment” of the US Constitution guaranteeing individual privacy.
END_OF_DOCUMENT_TOKEN_TO_BE_REPLACED