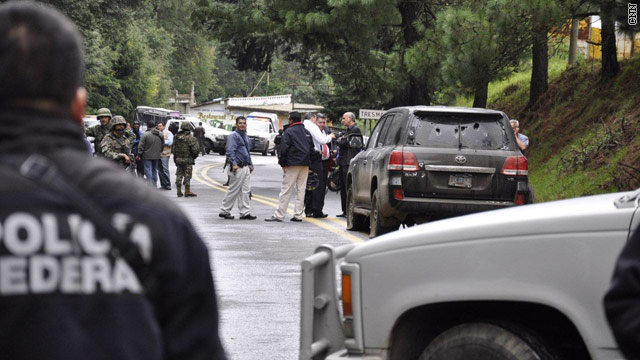 END_OF_DOCUMENT_TOKEN_TO_BE_REPLACED

If there was one thing nearly everyone in the House subcommittee on Border and Maritime Security hearing room agreed on Tuesday, it was the enormity of the challenge facing U.S. Customs and Border Protection.

Border Patrol Chief Michael J. Fisher then rolled out his new border security policy, a policy that hasn't undergone a significant update since 2004. It shifts the focus from efforts to patrol the 8,600 miles of border surrounding the country to identifying the areas of greatest risk and devoting resources there.

"The Border Patrol's strategic plan marks an important point in the growth and development of the U.S. Border Patrol and establishes an approach that is tailored to meet the challenges of securing a 21st century border against a variety of dynamic threats and dangerous adversaries," said Fisher, who says the threat along the border is constantly evolving.

Fisher was joined at the witness table by Rebecca Gambler from the Government Accountability Office and Marc Rosenblum, a specialist on immigration issues.

If there were another thing everyone agreed on, it was that securing the border, which includes the rugged warzone-like conditions in parts of the Southwest to the vast expanses of land along the northern border, is nothing short of a work in progress. END_OF_DOCUMENT_TOKEN_TO_BE_REPLACED

In a letter from bin Laden to one of his confidants known as Atiyya in late May 2010, the shape of al Qaeda's finances, and its ability to carry on operations seemed to be on the terror leader's mind.
END_OF_DOCUMENT_TOKEN_TO_BE_REPLACED

He is attending a two-day meeting in Ottawa with Canadian and Mexican defense leaders. END_OF_DOCUMENT_TOKEN_TO_BE_REPLACED