By Tom Cohen and Tom Watkins

U.S. counterterrorism officials are closely watching an al Qaeda fighter in Pakistan who could become the next American to be targeted for killing by a drone strike, CNN has learned.

The person, who was not identified, has been the subject of debate among military commanders and intelligence officials for several weeks as they decide what to recommend. President Barack Obama would make a final decision.

CNN has learned this unmanned spy plane is designed to fly for up to 24 hours behind enemy lines in countries like North Korea, Iran, and Syria.

END_OF_DOCUMENT_TOKEN_TO_BE_REPLACED 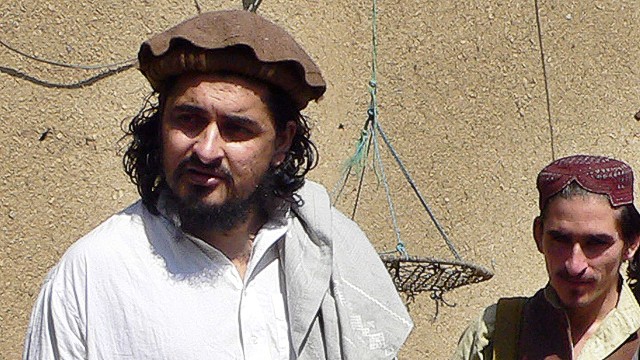 "I saw two missiles come down and hit, and at that moment, everything went dark," said Nabila's brother, Zubair, 13. "I just remember seeing an explosion and everything became dark, maybe because of the smoke from the drone."
END_OF_DOCUMENT_TOKEN_TO_BE_REPLACED

At 610 feet long and 81 feet wide, the Zumwalt is longer and thinner than the USS Arizona, a battleship sunk at Pearl Harbor. But it weighs about half as much.
END_OF_DOCUMENT_TOKEN_TO_BE_REPLACED

One of those killed was described by one of the officials as Anta, considered a top technical and explosives expert for the al Qaeda-affiliated group.

He was "a person of interest we had been tracking," the official said.

The other individual killed was not identified. However, it was not Mohamed Abdikadir Mohamed, said to be one of the most dangerous Al Shabaab commanders and known as Ikrima.

Navy Seals sought but failed to capture him in recent weeks during a raid on his compound.

September's deadly shopping mall attack in Nairobi, for which Al-Shabaab claimed responsibility, have raised terror concerns in the region.

WASHINGTON (CNN) - An Arizona grand jury has indicted 21 members of the Arizona Air National Guard, including a colonel, for allegedly defrauding the federal government out of more than $1.4 million, Arizona's attorney general announced Monday.

The guardsmen were part of the 214th Reconnaissance Group, which operated Predator drones over Iraq and Afghanistan from a base in Tucson, Arizona.
END_OF_DOCUMENT_TOKEN_TO_BE_REPLACED

Drones with super-size cameras may be coming to a town near you in the not too distant future. But the debate over their implication for personal privacy is already heating up. Chris Lawrence reports for CNN's 'Erin Burnett Out Front.'