Arms to Syria opposition still a debate in progress

While the United States draws closer to providing some form of lethal assistance to the Syrian opposition, the debate over how extensive the package should be and the possible outcome are likely to follow any decision.

In a letter to the Chairman of the Senate Armed Services Committee this week, Joint Chiefs Chairman Martin Dempsey laid out the scenarios that could unfold, ranging from the establishment of a no-fly zone over Syria, to training and assisting the opposition through intelligence and logistics assistance.

None of the options, he said, would be easy, and all would come with a pretty extensive price tag.

"We must anticipate and be prepared for the unintended consequences of our action," Dempsey wrote in the letter to Sen. Carl Levin (D-MI).

"Should the regime's institutions collapse in the absence of a viable opposition, we could inadvertently empower extremists or unleash the very chemical weapons we seek to control."

But it also came with a warning for a military now in a second decade at war. END_OF_DOCUMENT_TOKEN_TO_BE_REPLACED 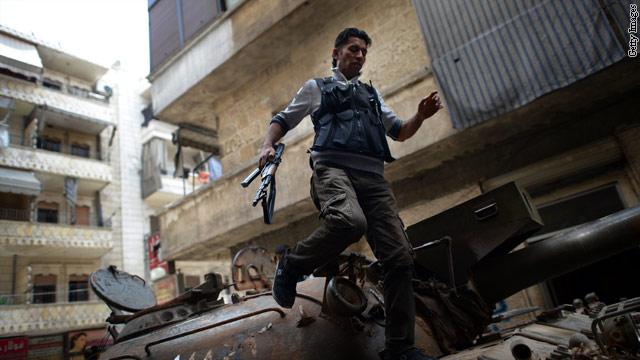 END_OF_DOCUMENT_TOKEN_TO_BE_REPLACED

Afghan security forces were beefed up to improve security in tandem with the surge of U.S. troops in 2009. The larger number of Afghan troops would be too expensive to maintain and would eventually have to be reduced as security improved around the country, according to the NATO plan.
END_OF_DOCUMENT_TOKEN_TO_BE_REPLACED

Sen. Jim Inhofe, the ranking member of the Senate Armed Services Committee, has pledged to oppose President Barack Obama's nomination of former Sen. Chuck Hagel for secretary of the Defense Department after a sit-down with Hagel on Tuesday.

"We had a very cordial meeting today in which we discussed his nomination," the Republican senator from Oklahoma said in a statement. "Unfortunately, as I told him during our meeting today, we are simply too philosophically opposed on the issues for me to support his nomination."