END_OF_DOCUMENT_TOKEN_TO_BE_REPLACED

McCain: Cartagena briefing was a "waste of time"

Two veteran senators complained Wednesday that military officials may have been slow to react to an alleged prostitution scandal in Colombia and have not been forthcoming with Congress so far in reporting exactly what happened.

The incident this month before President Barack Obama's trip to the Summit of the Americas in Cartagena involved Secret Service and U.S. military members who allegedly consorted with prostitutes.

After their first briefing by military officials on the investigation, Senate Armed Services Committee veterans Carl Levin of Michigan and John McCain of Arizona expressed dissatisfaction Wednesday with the military's response. END_OF_DOCUMENT_TOKEN_TO_BE_REPLACED

Carney would only answer the question based on a statement he had printed out. The statement reiterated president's comment that the strikes were surgical and avoided civilian risk, but did not speak to the issue of revealing what had been information that the administration was loathe to talk about. END_OF_DOCUMENT_TOKEN_TO_BE_REPLACED 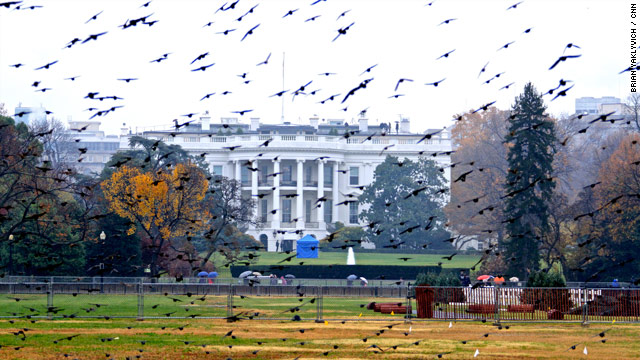 "My concern is that you do not want to have FBI agents and military showing up at the scene at the same time on a covered person or with a covered person. There may be some uncovered persons there with some uncertainty as to who has the role and who is gonna do what," Mueller noted. END_OF_DOCUMENT_TOKEN_TO_BE_REPLACED

Sen. Mark Udall, D-Colorado, said if the controversial provisions weren’t stripped from the bill they would “give the military the power to indefinitely detain accused enemy combatants – including Americans captured on U.S. soil.”
END_OF_DOCUMENT_TOKEN_TO_BE_REPLACED

As the Senate prepares to consider the National Defense Authorization Act for 2012, the Office of Budget Management has issued a statement saying senior advisors would recommend a veto if the bill because it constrains the president's "critical authorities to collect intelligence, incapacitate dangerous terrorists".

The OMB criticizes the provisions as restricting counter terrorism and injecting "legal uncertainty and ambiguity" that complicates the detention process.

The provisions have held up for months the National Defense Authorization Act for 2012, which outlines spending defense spending priorities. In a compromise reached in committee, several provisions were amended after objection from the Obama administration but still includes military custody for those captured in the US, which the administration objects to. END_OF_DOCUMENT_TOKEN_TO_BE_REPLACED