10 years of war: bin Laden dead, al Qaeda not so much

Editor's note: This is the final installment of a five-part series on 10th anniversary of the start of the US war in Afghanistan. The series tracks key moments from the past decade.

The war in Afghanistan officially began for the U.S. military on October 7, 2001, 10 years ago Friday. In his speech to the nation that day, President George W. Bush said, "This military action is a part of our campaign against terrorism."

One major success in that campaign came, finally, nearly 10 years later, on May 1, 2011, when U.S. Navy SEALs stormed Osama bin Laden's compound in Pakistan and shot him dead.

In his speech announcing bin Laden's death, President Barack Obama was more blunt about the reason for the war.

"We quickly learned that the 9/11 attacks were carried out by al Qaeda - an organization headed by Osama bin Laden, which had openly declared war on the United States and was committed to killing innocents in our country and around the globe. And so we went to war against al Qaeda to protect our citizens, our friends, and our allies."

But was the secret mission that killed bin Laden really a major turning point in what has become America's longest war ever or just a symbolic victory?
END_OF_DOCUMENT_TOKEN_TO_BE_REPLACED 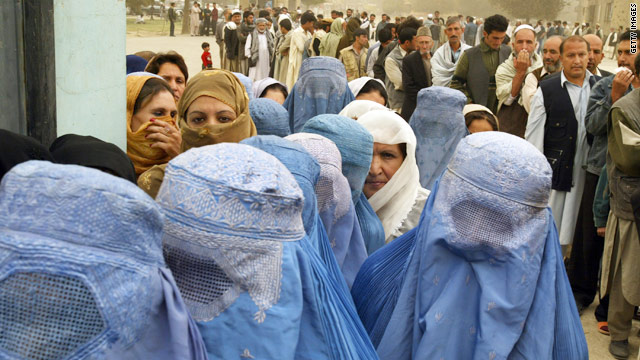 Such stability would last through October 2004, when interim President Hamid Karzai would face a slew of competition in Afghanistan's first-ever national presidential election.
END_OF_DOCUMENT_TOKEN_TO_BE_REPLACED

10 years of war: The battle of Tora Bora - missed opportunity?

Editor's note: This is the third of a five-part series on key moments from U.S. combat in Afghanistan. Part 1 and Part 2 were published earlier this week; parts 4 and 5 will be published later this week.

Four months after the September 11, 2001, terrorist attacks, Osama bin Laden was the world's most wanted man, and many thought he was hiding in some of the most remote, impenetrable mountains in the world.

But the battle of Tora Bora, fought in those mountains, holds one of the mysteries of the 10-year war in Afghanistan that may never be solved: did the United States miss a chance to kill bin Laden and cripple al Qaeda nearly 10 years sooner than his actual death earlier this year?

This much is clear: In late November 2001, al Qaeda fighters had fled to the mountains in eastern Afghanistan along the Pakistan border as U.S. forces with their Northern Alliance allies who opposed the Taliban government worked to thwart the Taliban and its terrorist cohorts.
END_OF_DOCUMENT_TOKEN_TO_BE_REPLACED

Editor's note: This is the second of a five-part series on the tenth anniversary of U.S. combat in Afghanistan.

Afghanistan has been a war zone for decades, and often, the events of one war overlap with those of another.

Such was the case in late November 2001 near the city of Mazar-e Sharif just south of Afghanistan's border with Uzbekistan. A fortress called Qala-i-Jangi on the outskirts of the city had been, at one time, headquarters of Gen. Rashid Dostum, a warlord who controlled much of the northern Afghanistan during the early 1990s. He honed his military skills fighting the Soviets on the side on the Afghans who would become the Taliban and Osama bin Laden.

But the Taliban had pushed him out of Afghanistan and into exile in Turkey.

Now, with the U.S. military launching a war against the Taliban, he saw a chance to connect with a new, far more powerful ally. And CNN was there from the beginning.
END_OF_DOCUMENT_TOKEN_TO_BE_REPLACED 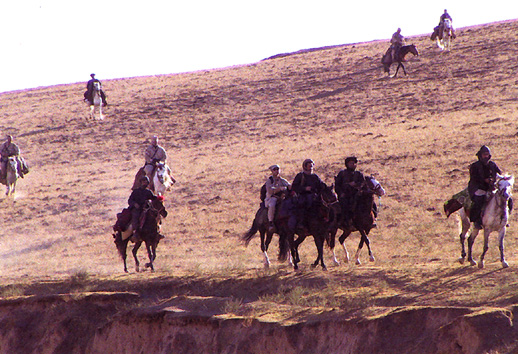 But the high-tech air campaign was preceded by a very low-tech start to America's involvement in Afghanistan: the so-called horse soldiers.
END_OF_DOCUMENT_TOKEN_TO_BE_REPLACED