Foreign policy will get increased attention in the two debates left between President Barack Obama and his Republican challenger, Mitt Romney, with the final debate set to be entirely devoted to the subject.

The slugfest between the vice presidential candidates highlighted the toughest challenge for the Republican ticket, namely how to differentiate from Obama administration policies. The vice presidential debate left a number of questions unanswered about how each side distinguishes itself when it comes to national security.

Here's a look at a few of those issues.

END_OF_DOCUMENT_TOKEN_TO_BE_REPLACED

The assault on an American diplomatic post in Libya that left four Americans dead provided surrogates for both presidential candidates with fodder for political attacks Sunday, two days ahead of a critical debate between Mitt Romney and Barack Obama.

"Vice President Biden directly contradicted the sworn testimony of the State Department in the debate the other night. That led to another round of kind of nuancing by the White House," Gillespie said, adding: "There are inconsistencies here, and I think as Americans we deserve to know what really happened going into this attack."

Robert Gibbs, also speaking with CNN chief political correspondent Candy Crowley on "State of the Union," rejected the Republican criticism of the Obama administration, saying the president's rivals were seeking political gain from the national tragedy.

"We don't need wing-tipped cowboys or shoot-from-the-hip diplomacy," Gibbs said, pointing to widespread criticism of Romney's initial response to the attack in Libya, as well as a protest at the American Embassy in Cairo that occurred the same day. 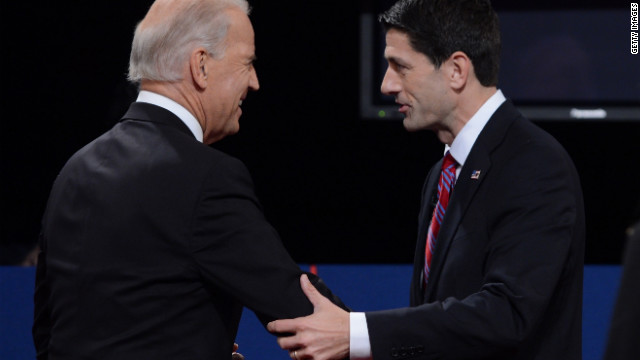 "If there's one thing I could say with complete confidence about American foreign policy, it is this: Our fiscal policy and our foreign policy are on a collision course; and if we fail to put our budget on a sustainable path, then we are choosing decline as a world power," he said last year when he gave a speech on American foreign policy at the Alexander Hamilton Society in Washington.
END_OF_DOCUMENT_TOKEN_TO_BE_REPLACED