Thanks for reading Security Clearance

But going forward, you'll find our stories in a new place - HERE - and all across cnn.com.

We are archiving the Security Clearance blog.

Thank you for reading! We've loved hearing from you and hope to see your comments and feedback at our new home.

Alan Gross, the former American subcontractor who's spent four years imprisoned in Cuba, launched a hunger strike last week in a bid to spur both the United States and Cuba to resolve his case.

Gross has called on President Barack Obama to become personally involved in securing his release from the small Cuban jail where he's been incarcerated since 2009. Gross' lawyer on Tuesday said the U.S. government had put a resolution to his case in jeopardy after secretly setting up a social media network designed to help Cubans communicate.

"I am fasting to object to mistruths, deceptions, and inaction by both governments, not only regarding their shared responsibility for my arbitrary detention, but also because of the lack of any reasonable or valid effort to resolve this shameful ordeal," Gross wrote in a statement distributed by his U.S.-based public relations firm.
END_OF_DOCUMENT_TOKEN_TO_BE_REPLACED

The U.S. government secretly created a Twitter-like social media service to subvert Cuba's communist government, according to an investigative report by the Associated Press.

The AP says U.S. government officials developed an app called ZunZuneo - named after the chirping sound of a hummingbird - to cause social unrest.

U.S. efforts to undermine the Castro regime in Havana are nothing new. There was a poison cigar, an exploding seashell, lethal pills and a fungus-ridden diving suit. But cooking up a tech startup with - literally - revolutionary intentions? That's something else.

To get around Cuba's iron grip control on technology and outside influence via the Internet, ZunZuneo was a low-tech version of Twitter fed by cell phone text messages, the AP reported. 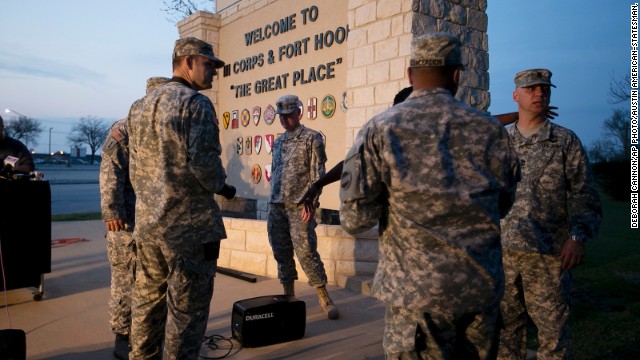 A day after a shooting spree at Fort Hood, Texas, left three soldiers dead and 16 wounded, a profile emerged Thursday of the killer as an experienced soldier who was grappling with mental illness, but no answers were forthcoming as to a possible motive.

The incident began Wednesday at 4 p.m., when Spc. Ivan Lopez, 34, went from one building at the sprawling Texas military base to a second, firing his .45-caliber handgun.

Lopez then put the gun to his head and pulled the trigger, ending his life.

Investigators have downplayed the possibility that terrorism may have been involved, but said they were keeping open minds.

The Senate voted 99-1 on Tuesday to confirm John Carlin as assistant attorney general for national security, a job that has been vacant for more than a year.

The time it took to fill the post illustrates how, with a slow-moving bureaucracy in the White House and partisan bickering that occupies the Senate, even noncontroversial nominees for national security jobs can take a while.