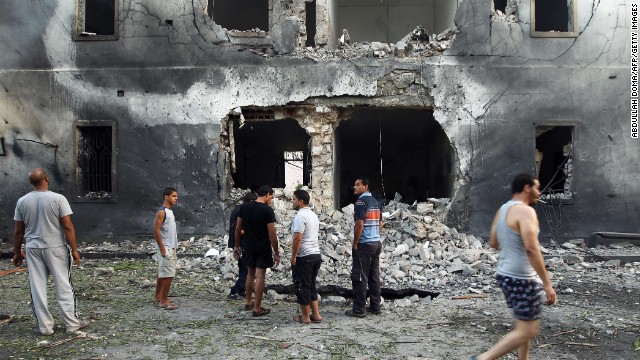 The Libyan government has given the United States "tacit approval" to conduct missions inside Libya to capture suspects involved in the terror attack on the diplomatic compound in Benghazi, a senior U.S. official told CNN.

The official has direct knowledge of the arrangements but declined to be identified due to the sensitive nature of the information.

Approval for action against Benghazi suspects, which was granted in recent weeks, is the same type of agreement that allowed a U.S. raid this past weekend in Tripoli.
END_OF_DOCUMENT_TOKEN_TO_BE_REPLACED 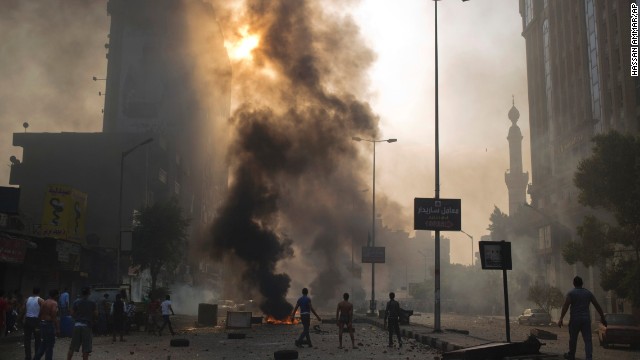 Washington (CNN) - In a dramatic shift toward a major Arab ally, the Obama administration announced a suspension of significant military aid to Egypt on Wednesday over the bloody crackdown on the Muslim Brotherhood.

The move, involving hundreds of millions in U.S. assistance to the Egyptian military, is the culmination of months of debate within the administration about how to respond to the July 3 ouster of former President Mohamed Morsy, Egypt's first democratically elected leader.

Three Republican senators are accusing the Obama administration of compromising intelligence gathering by holding Abu Anas al Libi on a Navy ship instead of sending him to the U.S. military base at Guantanamo Bay.

During a press conference Tuesday, Republican Sens. Kelly Ayotte of New Hampshire, Saxby Chambliss of Georgia, and Lindsey Graham of South Carolina called the detainment of al Libi on a Navy vessel in the Mediterranean Sea a "huge mistake."

Graham commended the administration's use of "boots on the ground to capture people" as a "good change in policy," but said there are "fatal flaws" in the U.S. intelligence gathering system.

"It's hard to interrogate a dead man," he said, so it's good that the administration is no longer "killing everybody by drones." But the refusal to send al Libi to Gitmo and to hold him instead at sea is "not a proper way to gather intelligence in the war on terror," Graham added.
END_OF_DOCUMENT_TOKEN_TO_BE_REPLACED

By Josh Levs and Tom Cohen

When Defense Secretary Chuck Hagel visits Dover Air Force Base Wednesday, he won't just be honoring troops killed in Afghanistan. His presence will also send a message about the government shutdown.

Hagel will attend a ceremony for the return of soldiers' remains – at a time the families of those service members are not receiving the standard benefits typically given to them.

Due to the partial federal government shutdown, those benefits, which include a $100,000 payment, are being withheld.

It's the "worst nightmare" for military families, says Amy Neiberger-Miller of TAPS, a support network for families of the fallen.