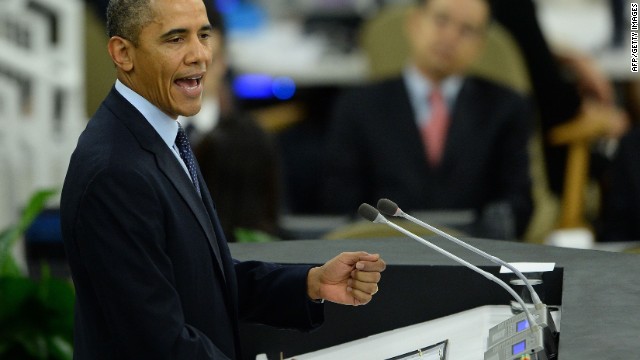 Instead, it was meant to show an increased emphasis and importance the president is putting on improved relations.

Until now, negotiations with Iran have been held at political directors level.

Obama’s decision to entrust Kerry to take the file is meant to reiterate his openness to move forward with Iran, particularly on the bilateral level although no separate meetings between Kerry and Iranian Foreign Minister Mohammed Javad Zarif are planned as of now.

But Kerry will join his Iranian counterpart at a Thursday meeting of the five permanent members of the U.N. Security Council, plus Germany. Discussions will surround restarting talks on Iran's nuclear program.

Leave a Reply to Crista Gottardo