Senior administration official: “This one is a lot easier to figure out”

By Jim Acosta and Brianna Keilar

A senior administration official stressed U.S. President Barack Obama is on an “abbreviated timeline” for making a decision on whether to launch a military strike against Syria over its suspected use of chemical weapons.

“We see this with some urgency,” the official said.

After U.S. Secretary of State John Kerry told reporters that chemical weapon use by the Syrian regime was “undeniable,” the senior administration official said the United States no longer requires confirmation from United Nations weapons inspectors.

“This one is a lot easier to figure out,” the official said. “This is really obvious.” END_OF_DOCUMENT_TOKEN_TO_BE_REPLACED 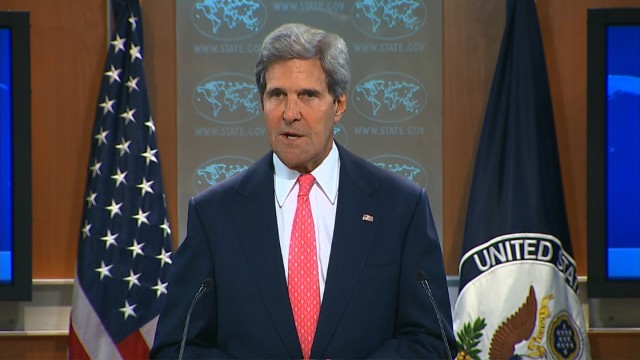 The United States is examining a variety of potential legal justifications for any type of military action. While three United Nations Security Council resolutions have failed to pass because of Russian veto power, officials say some in the administration believe it may be worth it to make the effort. But with Moscow already promising to declare any military intervention illegal, the United States and its allies would likely have to act without a U.N. mandate. END_OF_DOCUMENT_TOKEN_TO_BE_REPLACED

Few question that there was a major chemical attack in Syria last week, and the United States has made clear that it blames the government of President Bashar al-Assad.

Now, the question is how President Barack Obama will respond.

However, last week's attack on a Damascus suburb that reportedly killed and wounded more than 3,000 people obliterated the "red line" Obama set just over a year ago against the use of Syria's chemical weapons stocks.