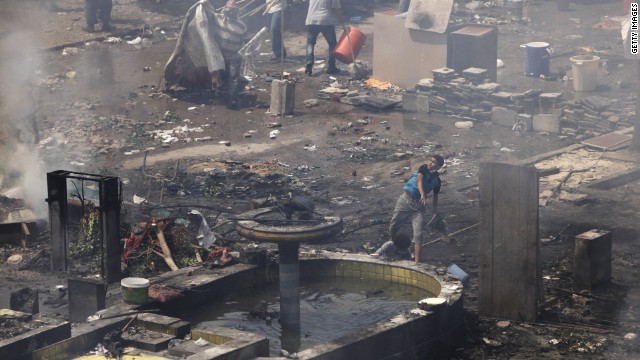 Recent violence, especially the killing of protestors in Cairo on Wednesday, is factoring into new thinking on whether to participate, the official said.

The official declined to be identified due to the sensitive nature of the discussions within the administration but has direct knowledge of what is being considered.

"The situation in Egypt is prompting these discussions about how to proceed," the official said.

A decision is expected within days.

Clashes between Egyptian security forces and supporters of ousted President Mohamed Morsy made Wednesday the country's bloodiest day since the 2011 revolution that removed the previous president, Hosni Mubarak.

Bright Star did not occur that year due to politically fueled unrest.

Several other countries have participated in the past, but it not clear which might do so this year regardless of whether the United States pulls out.

If the Pentagon decides to pass, it is likely to be described as a postponement. But it is unlikely another exercise would be scheduled before 2015.