An NSA memorandum describes the beginnings of the agency's collection of so-called telephone metadata of nearly every American under a provision of the Patriot Act, and the agency's monitoring of foreign Internet traffic.

The agency says in the memo that its systems monitor 1.6% of the world's Internet traffic, and its analysts review .00004% of global traffic.

Published accounts drawn from leaked documents provided by admitted NSA leaker Edward Snowden have portrayed a much broader eavesdropping system under section 702 of the Patriot Act.

Another document from the Justice Department describes the legal basis for collecting the telephone metadata, such as the numbers dialed, the length and time of the calls. The government says the NSA phone data collection operated under court supervision, and that the database is only accessed for specific searches in counterterrorism investigations.

Two days after calling off a meeting with Russian president Vladimir Putin in Moscow, President Barack Obama said Friday he is re-evaluating the entire U.S./Russia relationship.

Obama, speaking at a White House news conference, seemed ready for a more rocky relationship with the Kremlin.

"It is probably appropriate for us to take a pause, reassess where it is that Russia's going, what our core interests are, and calibrate the relationship so that we're doing things that are good for the United States and hopefully good for Russia as well, but recognizing that there are just going to be some differences and we're not going to be able to completely disguise them, and that's ok."

Obama told reporters his decision not to participate in the Moscow summit next month went beyond Russia's decision to give temporary asylum to admitted National Security Agency leaker Edward Snowden.

"It had to do with the fact that, frankly, on a whole range of issues where we think we can make some progress Russia has not moved," he said. "And so, we don't consider that strictly punitive."

END_OF_DOCUMENT_TOKEN_TO_BE_REPLACED

New details are emerging about some of the communication between al Qaeda leaders that prompted so much concern among U.S. officials about an imminent terror threat they decided to close nearly two dozen embassies in the Middle East and Africa.

CNN has previously reported U.S. officials intercepted a message between al Qaeda leader Ayman al-Zawahiri and a top ally in Yemen, Nasir al-Wuhayshi, with al-Zawahiri telling al-Wuhayshi to "do something" - an inference to a terror plot.

Now, two U.S. officials tell CNN that in his communication with al-Zawahiri, al-Wuhayshi, who is the leader of al Qaeda in the Arabian Peninsula (AQAP), laid out a plan for a plot; then, al-Zawahiri acknowledged the communication. Al-Wuhayshi, the officials said, was not asking for permission from al- Zawahiri - but rather informing him of his plans.

This scenario - that al-Wuhayski presented al-Zawahiri with a plan - was first reported Friday in the Wall Street Journal.

END_OF_DOCUMENT_TOKEN_TO_BE_REPLACED 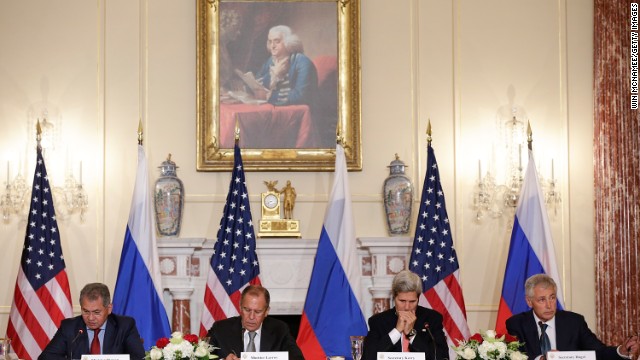