Before any missiles start flying, the president would issue an "execute" order for operations to begin.
END_OF_DOCUMENT_TOKEN_TO_BE_REPLACED

Aaron David Miller, vice president and distinguished scholar at the Woodrow Wilson International Center for Scholars, says Obama apparently has chosen the middle option on Syria (between doing nothing and the McCain option of pushing for regime change). The result is one of the most widely telegraphed military assaults ever by Washington and a situation in which the president seems to be in a corner, forced to take action or risk being considered ineffective. It’s the least bad option, Miller says.

CNN has learned new details about what is contained in the U.S. intelligence assessment that alleges the Syrian regime was behind a deadly chemical weapons attack outside Damascus, Syria, last week.

According to senior U.S. officials, the assessment contains evidence showing senior regime officials making preparations for a massive chemical attack in the area where the incident occurred - the evidence is part of a "body of intelligence beforehand" that links the regime to the attack, as one of the officials described it.

It also includes evidence of senior regime officials discussing the attack afterward, acknowledging a realization the event was already getting massive attention and discussing that it would be wise to lay low for a while and refrain from launching such massive chemical attacks in the near future, the officials said.

In addition, the intelligence shows there was increased intensive shelling in the area after the attack, the officials said.

END_OF_DOCUMENT_TOKEN_TO_BE_REPLACED

CNN has learned the United States has intercepts of conversations among top Syrian military officials discussing the chemical weapons attack after it took place last week, according to a U.S. official.

The intercepts form a key basis for the conclusion that the Syrian regime was behind the attack. But another crucial piece of evidence about what type of chemicals may have been used remains to be determined. Tissue samples and other medical and forensic evidence taken from victims has not yet been fully analyzed, the official said. One source familiar with the latest intelligence said getting that information would provide the strongest case for the use of chemical weapons.

CNN has previously reported Israeli military intelligence provided the United States with intercepts between Syrian military commanders discussing the movement of chemical weapons to the area of the attack before it happened, according to a diplomatic source.

The administration has said it would release a declassified version of its intelligence assessment about last week's attack outside Damascus. White House spokesman Josh Ernest said Thursday the declassified version is not yet complete but should be released by the end of the week.

END_OF_DOCUMENT_TOKEN_TO_BE_REPLACED 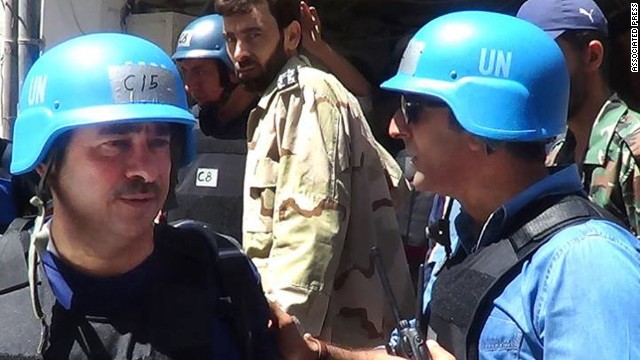 The permanent five members of the Security Council who each have veto power – the United States, Britain, France, Russia and China – met earlier in the day without reaching consensus.
END_OF_DOCUMENT_TOKEN_TO_BE_REPLACED

As official Washington, as well as its allies and the United Nations, debates the merits of an attack on Syria, one conclusion could easily be drawn: Little good and a whole lot of bad can come from such an attack.

A week ago, a chemical weapons attack killed nearly 1,300 people, including women and children, according to rebel leaders.

Since then, there have been calls for President Barack Obama to make good on his word that Syria's use of chemical weapons would cross a “red line” and require a direct response.
Obama is still weighing what to do.

White House spokesman Jay Carney told reporters on Tuesday that, “The options that we are considering are not about regime change. They are about responding to a clear violation of an international standard that prohibits the use of chemical weapons."
END_OF_DOCUMENT_TOKEN_TO_BE_REPLACED

Warnings of quagmire in Syria as U.S. contemplates military response

Haven't we heard this before?

With President Barack Obama examining how - not whether - the United States will respond to what it calls a major chemical weapons attack in Syria, some are warning of another potential open-ended war if America launches an expected military strike.

Obama's options appear to range from limited missile strikes in Syria to continued diplomatic efforts - what critics contend is a "do-nothing" approach.

While noted hawks such as GOP Sen. John McCain of Arizona call for a robust response intended to weaken Syrian President Bashar al-Assad and turn the tide of the nation's civil war, others worry that the inevitable result will be an inextricable mess. 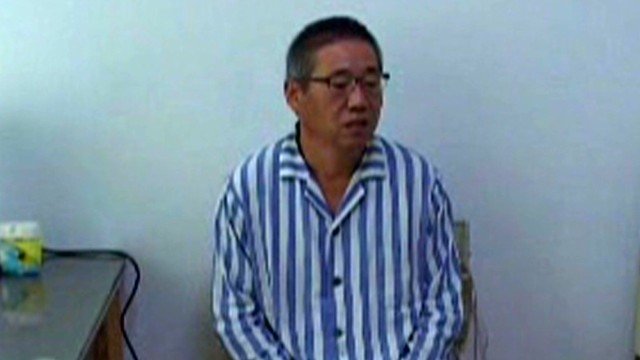 "The sole purpose of the trip is to secure Bae's release," the official says. "Our expectation is that now is the time to move forward and resolve this, to release this American."
END_OF_DOCUMENT_TOKEN_TO_BE_REPLACED