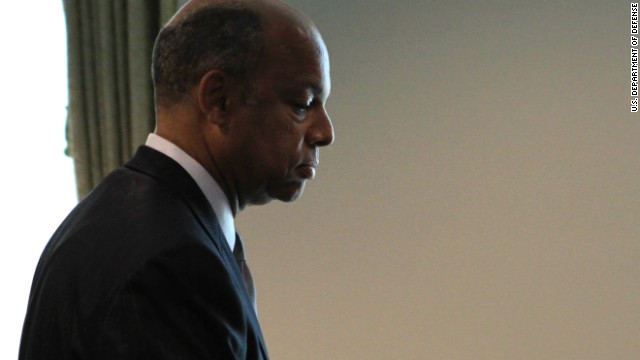 “We’ve been through 12 years of what some people would characterize as conventional armed conflict. And most intelligence experts would agree that core al Qaeda has been decimated and we’re at an inflection point now. And it is most likely the case that the traditional approach to armed conflict is no longer the best approach and so we need, in my view, to develop a legal architecture and a legal strategy that is a whole of government approach that deals with the new terrorist threats in forms that are not necessarily al Qaeda and it’s affiliates.”

CNN: Are lawyers too involved in the decision-making process for commanders/operators in the field? Are there now too many lawyers who have to sign off on something before these people can act?

“There are a lot of lawyers and I think it’s a good thing that just about everybody in the chain of command has a lawyer to advise them. And I think a lot of people in the chain of command take comfort in having legal advice. Having the assurance of a legal review on a military operation - but we have to stay in our lane and I have seen lawyers on occasion get out of their lane. Lawyers do not have a corner on wisdom by any means. So I think we have to be careful to stay in our lane.”

CNN: When the National Security Agency material was leaked – admittedly by Edward Snowden - some said it put America at great risk. They called him a traitor. His defenders say that is the standard government answer. Others also point to accused WikiLeaker Bradley Manning and say the government has not found one case of a person being harmed by WikiLeaks. What’s the truth about these leaks?

Johnson: “Well, it’s difficult to provide a simple answer because the leaks that we’ve seen over the last several years are of different characters. Nobody can take the law into their own hands, and there a distinction to be highlighted between a whistleblower and somebody who engages in an unauthorized leak of classified informant contrary to law and contrary to their non-disclosure obligations. And so I won’t characterize either of these accused leakers as traitors. The criminal justice system will get to a result, assuming that Snowden is brought to justice at some point. The criminal justice system in the Manning case will get to a particular result. So I won’t put labels on what they did but I do think there is a distinction to be drawn between a whistleblower and somebody who decides to make an unauthorized disclosure of classified information. Strongly as we may feel about something we can just decide to take the law into our own hands and do something like that, otherwise you have anarchy.”

CNN: There has long been a debate over how to best handle terror suspects at Guantanamo Bay. Where do you stand?

Johnson: “I am someone who is a supporter of use of reformed military commissions in the proper context. So for a case like (Abd al-Rahim al-Nashiri), the alleged Cole bomber, if it is an offense that occurred in the course of an armed conflict and we say that the efforts against al Qaeda and their efforts against us are in the course of an armed conflict, and the victims were principally military, I would be prepared to say that the case ought to be prosecuted in a military commission and in fact that case is being prosecuted in a military commission. The KSM case (Khalid Sheikh Mohammed), the alleged 9-11 mastermind) is of a different nature because the victims were principally civilian. So one could take the view that the KSM case should have been prosecuted in the Southern District of New York. But we are where we are with that case. We also have to be mindful of the security challenges to bringing a group of five like that into the continental United States, into lower Manhattan.

We can’t overuse that system. Right after the Boston Marathon, some people said why don’t we just designate these guys enemy combatants? Well, I think that’s an impulse we ought to steer clear from, especially if you are talking about a U.S. citizen because military commission’s jurisdiction doesn’t extend to a U.S. citizen and we can’t over militarize our approach to our counter terrorism efforts.”

CNN: Will the Gitmo debate be a legal headache for the Defense Department until the last detainee dies?

Johnson: “I would not characterize it that way. I think that over time, as the population decreases, people will say, hey what are we doing here it is costing us so much money to keep this facility open on this island, let’s just break up the population and send them to various places in the continental U.S.

Leave a Reply to Rebecca's