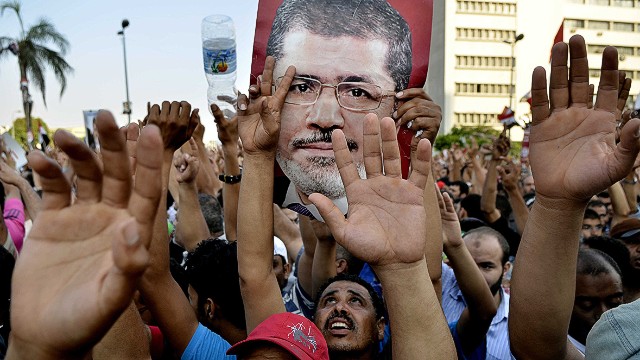 "A policy determination has been made the meantime to call it nothing," the official told CNN.
END_OF_DOCUMENT_TOKEN_TO_BE_REPLACED

Feinstein traveled to Guantanamo in June with Republican Sen. John McCain of Arizona and White House Chief of Staff Denis McDonough, where she said she "took a look" at the force feeding issue.
END_OF_DOCUMENT_TOKEN_TO_BE_REPLACED

A former federal judge who served on a secret court overseeing the government's foreign surveillance program told the president's newly reconstructed privacy board on Tuesday that the FISA judicial body has serious problems.

The five-member Privacy and Civil Liberties Oversight Board held its first-ever public meeting, seeking recommendations from a range of experts, including former government officials involved in the secret National Security Agency program to gather telephone and Internet traffic metadata - information about the communications, such as time, place and numbers or addresses, but not the content.

Some of the most blunt comments came from the now-retired James Robertson, who served on the Foreign Intelligence Surveillance Court from 2002 to 2005.

He said there are inherent problems in this "ex parte" court– which hears only the government's side when secretly deciding whether to approve search warrants and surveillance requests.
END_OF_DOCUMENT_TOKEN_TO_BE_REPLACED

Its broad brim obscured his features from the view of pesky eyes or satellite cameras that might blow his cover while he was hiding out in Pakistan, according to a report published widely in Pakistani media.

The 337-page leaked report details the domestic life of one of the world's most wanted men as a grandfather in his final days of life.

It also scathes Pakistani authorities for failing to keep him out of the country, and for failing to prevent the U.S. raid by Navy SEALs that killed bin Laden in May 2011.