Pay, benefits, troop reduction 'on the table' as Pentagon wrestles with budget cuts

The size of the active-duty U.S. Army could fall to levels not seen since the 1950s if the Pentagon fully carries out voluntary and forced spending cuts totaling $100 billion annually over the next decade, Defense Secretary Chuck Hagel said on Wednesday.

Hagel outlined a series of worst-case scenarios - including potential pay and benefit reductions for active duty forces, civilian personnel and retirees - that would also impact the Navy, Marines and the Air Force if steps to ease the one-two austerity punch are not taken.

"This strategic choice would result in a force that would be technologically dominant, but would be much smaller and able to go fewer places and do fewer things, especially if crises occurred at the same time in different regions of the world," Hagel said.

Hagel said "everything is on the table."

It was Hagel's most comprehensive assessment of the financial challenges facing the Pentagon through the early part of the next decade.

His comments came just as Congress prepares to head home for its August break after which lawmakers and the Obama administration will again face key fiscal decisions on spending and federal borrowing.

The Pentagon is facing cuts of roughly equal value - $500 billion - in two areas over the next decade.

The first covers mandated, government-wide austerity that took effect in March after the inability of Congress and the administration to reach a deficit-reduction deal. The Pentagon's share of those cuts is roughly half of the overall government total.

The military also is planning to slash spending voluntarily as it moves away from more than a decade of warfare in Iraq and Afghanistan and prepares to reorganize and become more nimble.

Under the analysis, Hagel said the Army could have nearly 200,000 fewer soldiers compared to its recent wartime high if the double-whammy of cuts hits full force.

The active-duty Army could shrink to as low as 380,000 active-duty soldiers by 2017, as Hagel outlined a choice between cutting the size of the military or keeping its technological edge.

The Army has not been that small since the 1950s.

Hagel also suggested the Pentagon may have to eliminate three Navy aircraft carrier strike groups, slash the size of the Marines and mothball up to five of the Air Force's combat air squadrons.

Hagel's report followed a review by Pentagon officials examining the short and long-term effects of budget cuts on military strategy.

The Pentagon will consider changing military health care for retirees to increase use of private sector insurance when available, and may change how the baseline housing allowance is calculated so individuals are asked to pay a little more.

The military may also reduce the overseas cost-of-living adjustments and limit military and civilian pay increases.

"Many will object to these ideas, and I want to be clear that we are not announcing any compensation changes today," Hagel said.

But Defense officials admit overall personnel costs have risen 40% above inflation since 2001. "The Department cannot afford to sustain this growth," Hagel said.

Congress will have to sign off on some of the cuts Hagel suggested.

For instance, the Pentagon previously tried to impose small increases in health care fees for its working-age retirees. But leaders on Capitol Hill pushed back.

Now the Pentagon is signaling it will be forced to push for bigger cuts, affecting both military and civilian personnel.

Hagel described the Pentagon's current compensation plan as unsustainable if the sequester and voluntary spending reductions are imposed full force.

"If left unchecked, pay and benefits will continue to eat into our readiness and modernization. That could result in a far less capable force that is well-compensated, but poorly trained and poorly equipped," he said. 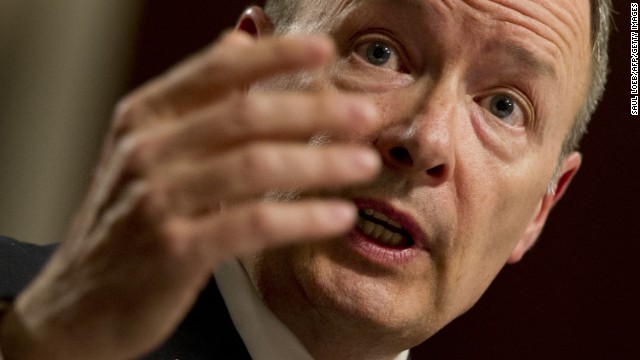 What's next for Bradley Manning? Prison time could add up for convicted leaker

By Ben Brumfield and Barbara Starr

The question now is how many more of the potential 136 years he'll serve.

The military will give Manning credit for each of his 1,162 days of pre-trial confinement, plus the judge, Col. Denise Lind, credited Manning with an additional 112 days for the harsh treatment he suffered while being held at a Marine Corps Base Quantico brig.

The defense has also filed motions to have four of the charges on which he was found guilty merged into two. Lind isn't expected to rule on that motion before Friday.

Lind acquitted Manning of the most grievous charge of aiding the enemy. Had she convicted him of that one charge, he could have spent life in prison without the possibility of parole.

The Senate on Wednesday defeated a proposal to cut off U.S. aid to Egypt. The measure, pushed by Republican Sen. Rand Paul of Kentucky in the wake of the military takeover in Egypt, only got the backing of 13 senators.

The measure would have shut off $1.5 billion in aid to Cairo.

The proposal from Paul was not new. A similar measure of his received just 10 votes last fall.

By Peter Bergen and Bailey Cahall

In an attack orchestrated by a Pakistani Taliban commander, around 250 prisoners, most of them militants, were freed this week at the central prison in Dera Ismail Khan in northwestern Pakistan.

The commander, Ahmed Rashid, had been freed a year earlier, this time at the central jail in Bannu, where 150 Taliban fighters stormed the facility and released nearly 400 prisoners - Pakistan's largest jailbreak.

Both prison breaks happened in the stronghold of the Pakistani Taliban, Khyber Pakhtunkhwa province, which borders North and South Waziristan, and both were conducted with a high degree of sophistication.
A police officer is hospitalized after being hurt in this week\'s deadly Taliban attack on a Pakistani prison.

A police officer is hospitalized after being hurt in this week's deadly Taliban attack on a Pakistani prison.

This week's attack unfolded in multiple stages, beginning with cutting the prison's electricity, detonating bombs that had been planted around the facility to breach its external wall, and ambushing the security forces that rushed to the scene. 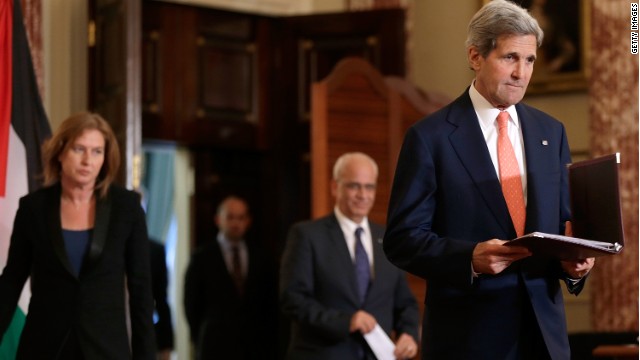 The secretary of state, however, did succeed in getting two representatives together at the State Department to work out details of where this new push for peace is headed.
END_OF_DOCUMENT_TOKEN_TO_BE_REPLACED 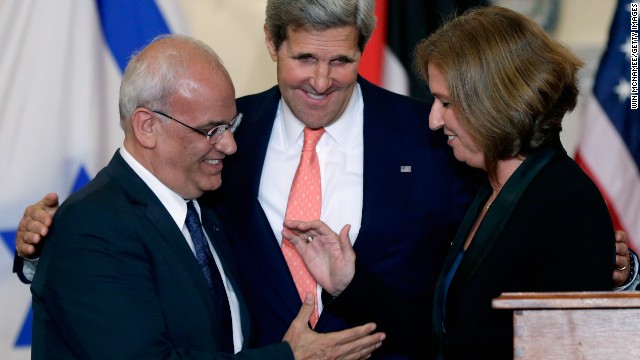 Bradley Manning found not guilty of aiding the enemy, guilty on other charges

A military judge has found Pfc. Bradley Manning, accused of the largest leak of classified information in U.S. history, not guilty of aiding the enemy - a charge that would have carried a maximum sentence of life in prison.

Manning was also found not guilty of unauthorized possession of information relating to national defense.

He was found guilty of most of the remaining charges against him, with the judge, Col. Denise Lind, accepting only two of the guilty pleas he had made previously to lesser charges. Those two were possession of a video that was marked classified and that he exceeded authority by obtaining a State Department cable.

Though those two counts carry a maximum sentence of two years, the rest of the charges that Manning was found guilty of could lead to a maximum sentence of 136 years in prison. Among the charges Manning was found guilty of - which carry a maximum 10-year sentence - are the theft of more than 700 U.S. Southern Command records, the possession of records pertaining to Afghanistan; the theft of State Department cables and the possession of classified Army documents.

First on CNN: More on NSA surveillance programs to be declassified

The U.S. intelligence community plans to declassify additional information about surveillance programs of the National Security Agency, possibly as soon as Tuesday, CNN has learned.

The official declined to be identified because the information has not been made public yet and because of the sensitive nature of the information. He would not offer further details in advance of the declassification process, which could extend into later this week.

It is unclear how the additional information would be released. END_OF_DOCUMENT_TOKEN_TO_BE_REPLACED

Pentagon rethinking cut to "danger pay" for troops in Mideast

The Pentagon is reconsidering whether to end "imminent danger pay" for troops in several regions of the Middle East and Persian Gulf in the wake of increasing violence there in recent weeks, according to a Defense Department official.

The Pentagon had been considering the move, which would save about $120 million each year, the official told CNN. He declined to be identified because there is no final decision on the matter.

In addition, the Pentagon quietly is considering whether to proceed with a planned September U.S. military exercise with Egypt. That exercise would send thousands of U.S. troops to Egypt with aircraft and land-based weapons. For now the exercise remains on the calendar, but a second Pentagon official said it's certain to be re-examined in light of the recent violence. END_OF_DOCUMENT_TOKEN_TO_BE_REPLACED