Obama administration officials, including the head of the FBI, have been burning up the phone lines to Moscow, urging the government of President Vladimir Putin to arrest Edward Snowden and send him to the United States to face espionage charges.

The last thing they want is a repeat of what happened in Hong Kong, when the admitted leaker of national security surveillance programs was able to fly to Moscow on Sunday.

Some critics call the episode a blunder by the administration.
END_OF_DOCUMENT_TOKEN_TO_BE_REPLACED

CNN's Elise Labott interviewed Secretary of State John Kerry Monday in India about U.S. efforts to find Edward Snowden after he fled Hong Kong.  She asked him whether China's failure to stop him from fleeing was payback after Snowden leaked information about U.S. surveillance activities on China.

Kerry details U.S. attempts to get Snowden back

The United States has been waging a multi-country diplomatic effort to ensure Edward Snowden is returned to American authorities to face espionage charges, Secretary of State John Kerry asserted in an interview with CNN Monday.

Asked how a man wanted on espionage charges was able to travel freely from Hong Kong to Russia, Kerry defended the U.S. government's role in trying to apprehend Snowden. He noted Snowden's passport was revoked as soon as the government's complaint against him was unsealed last week – before Snowden departed Hong Kong.

"We don't know what authorities allowed him to leave under those circumstances," Kerry told CNN foreign affairs reporter Elise Labott. "We obviously have to find out from the Chinese what happened. We hope that the Russians will recognize the request of the United States."
END_OF_DOCUMENT_TOKEN_TO_BE_REPLACED 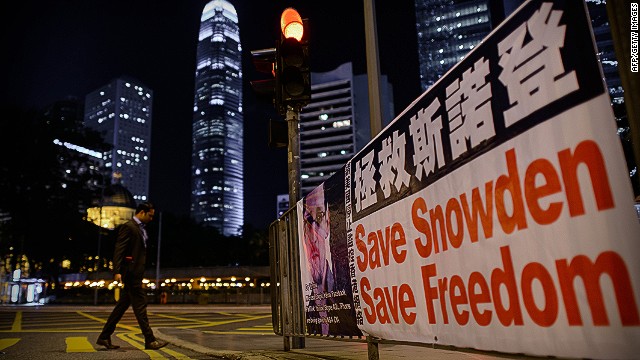