CNN's Jill Dougherty gets access to a training facility in West Virginia where new diplomats see first-hand the dangers they face in high-threat posts.

Rogers: NSA ‘is not listening’ to Americans’ phone calls

The chairman of the House Intelligence Committee strongly asserted Sunday that the National Security Agency is not recording Americans’ phone calls under U.S. surveillance programs, and any statements suggesting differently amount to “misinformation.”

Lining up with Obama administration officials—and the president himself—Rep. Mike Rogers, R-Michigan, said the NSA “is not listening to Americans’ phone calls,” nor monitoring their emails.

“If it did, it is illegal. It is breaking the law,” Rogers said on CNN’s “State of the Union.” “I think (Americans) think there's this mass surveillance of what you're saying on your phone call and what you're typing in your emails. That is just not happening.” 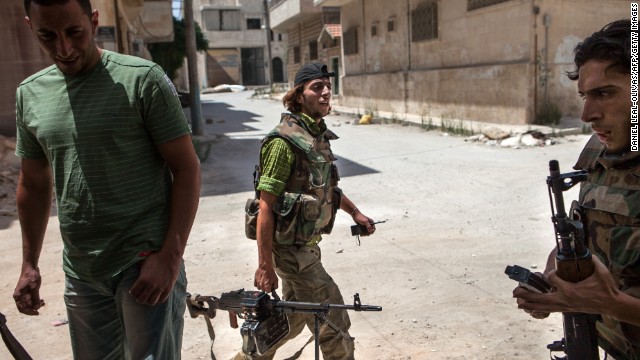 Menendez: Time to 'tip the scales' in Syria

The chairman of the Senate Foreign Relations Committee said Sunday President Barack Obama was making a sound call in his decision to provide military support to Syrian rebels and suggested such support should include taking out Syrian government airstrips.

"The reality is, we need to tip the scales, not simply to nudge them," Sen. Robert Menendez, D-New Jersey, said on CNN's "State of the Union," adding that any involvement would best be done with U.S. partners in Europe and in the Gulf region.

"A lot of what we can see done can be done through our allies," he said.