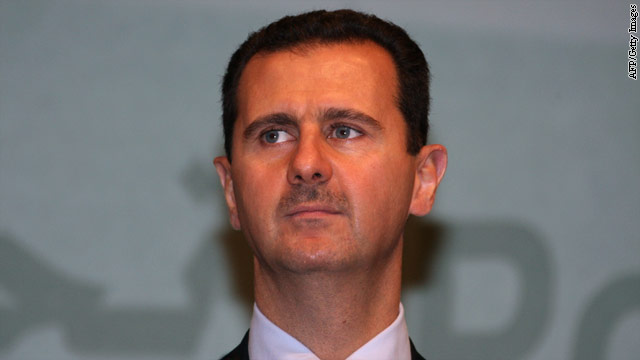 "This situation is obviously intolerable, unacceptable by any standard and I think all civilized countries would call on the Assad regime to pull back from that and to engage in the peace process," Kerry said.

Kerry described as a "very difficult process" a conference that so far has failed to bring the opposition and the government together for peace and transition talks.

"We are trying to prevent the sectarian violence from dragging Syria down into a complete and total implosion where it has broken up into enclaves and the institutions of the state have been destroyed, with God knows how many additional refugees and how many innocent people killed," he said.

Kerry said he spoke with his Russian counterpart, Sergey Lavrov, on Friday and that Lavrov is "deeply committed" to supporting the conference, but added the situation in Qusair and the possibility of Moscow supplying its Syrian ally with air defense missiles "could put this kind of thing at risk."

The United States continues to lay the ground for the possibility of a negotiated solution to the violence in Syria and said Under Secretary of State Wendy Sherman will travel to Geneva where she will meet with Russian officials.