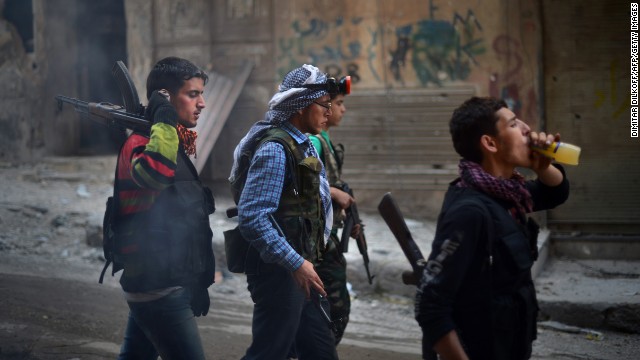 U.S. officials believe that a number of militant groups - including the al-Nusra Front, an al Qaeda-linked group - as well as Iranian-backed militias and Hezbollah units are operating in Syria and have even infiltrated the opposition.

The Israelis are particularly concerned that al-Nusra now controls territory near the Israeli border, where it would pose a threat if it gained control of rockets and mortars that might be initially supplied to the opposition.

In making its case to the White House, Israel has also pointed out that after thousands of Libyan weapons went uncontrolled as that regime fell, many turned up in the Sinai and Gaza regions within days, posing a threat to Israel.

U.S. officials have maintained that all options for Syria are on the table but have privately indicated arming the rebels is not something likely to be decided upon soon, in part because of the opposition from neighboring countries.

A senior U.S. official tells CNN that U.S. intelligence personnel have been conducting some "vetting" of opposition forces in Jordan and Turkey, but that mainly is being to facilitate the receipt of non-lethal aid and to conduct some limited training.