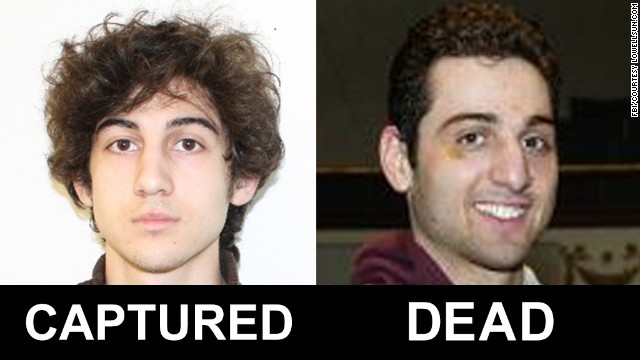 Seven questions about the Boston bombers

We don't yet know how or why the Tsarnaev brothers, the alleged Boston Marathon bombers, decided to carry out their attacks, but a look at how their stories correlate with those of some other terrorists living in the West could provide some answers to the questions that many are now asking about them.

1. How could someone who grew up in the United States become a terrorist?

Major Nidal Malik Hasan, who killed 13 people at Fort Hood Army Base in Texas in 2009, was born and raised in Virginia.

He self-radicalized, in part, over the Internet, which he used to reach out to the Yemen-based preacher Anwar al-Awlaki for advice about whether it is permissible for Muslim soldiers in the U.S. military to kill their comrades in the name of jihad.