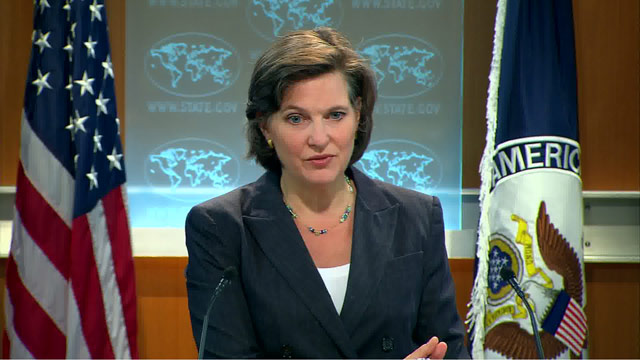 Senior U.S. officials tell CNN that at the State Department briefing Thursday, spokeswoman Victoria Nuland is going to try and take the focus on North Korea in a different direction toward diplomacy, as part of an administration-wide effort to calm tensions with North Korea.

The U.S. has been saying its military actions have all been defensive in nature and focused on the U.S. protecting its allies and its homeland. Now Nuland is going to send the message “this is time for diplomacy” and urge North Korea to stop threats and get back on the peace train, one official said.

Nuland is going to be setting up the fact Kerry is in Asia next week and will be talking about “finding a diplomatic way forward,” the official said.

Leave a Reply to outspoken