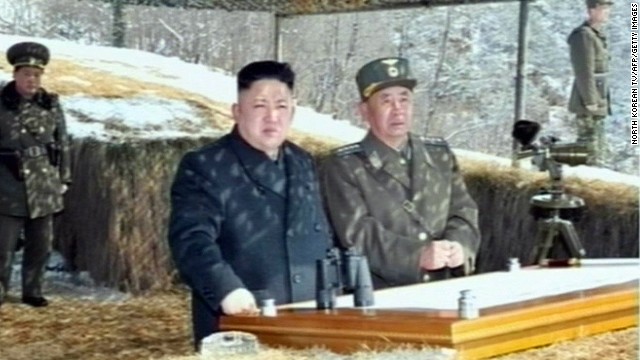 US officials: North Korea trying to assert itself as nuclear weapons state

Senior administration officials say North Korea's threats to restart its nuclear reactor is part of a pattern of North Korea asserting itself as a nuclear weapons state.   The North Koreans want the U.S. to deal with them as they dealt with the Soviets:  the U.S. accepted them as a nuclear power and then they held talks as two nuclear states.

North Korea has repeatedly said it would rather have "arms control" talks with the U.S. as opposed to talks about disarming its nuclear program.

"This is part of a premeditated campaign to force acceptance of their nuclear status," one of the officials said, who added, "it's not going to happen.  It would blow up the entire global non-proliferation regime."

Officials say they have not seen any signs the North has begun reconstituting facilities they've shut down.  But the officials say they do already have a uranium workshop up and running and are "within months" of completing construction of a small plutonium reactor.