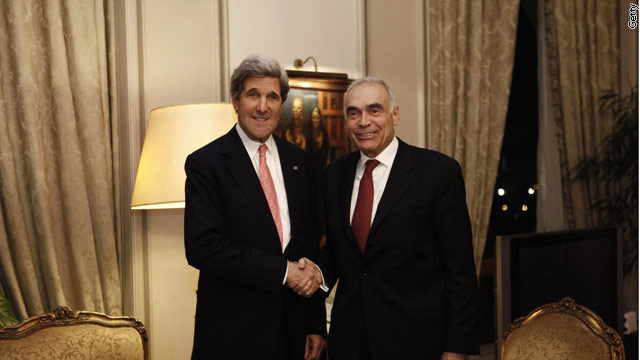 By Jill Dougherty and Joe Sterling

Secretary of State John Kerry, speaking to reporters in Egypt on Saturday, said "there must be a willingness on all sides" in Egypt to make "meaningful compromises on the issues that matter most to all of the Egyptian people."

And, Kerry said, Egyptians must stay focused on economic and political opportunities to succeed in forging a successful democracy. The United States wants to help all it can but not interfere in Egypt's affairs.

"We come here as friends," Kerry said - not as proponents of a particular group, person or ideology.

END_OF_DOCUMENT_TOKEN_TO_BE_REPLACED 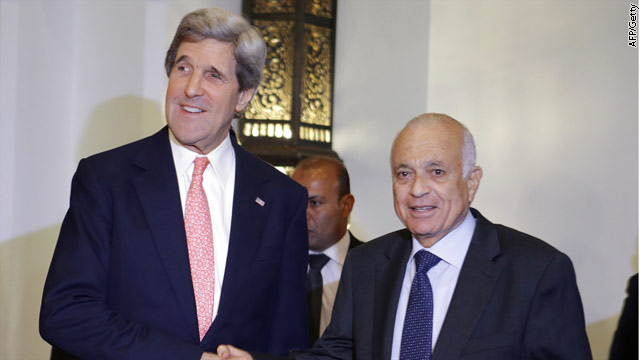 By Allison Brennan and Elise Labott

The decision by the Obama administration to provide nonlethal aid to Syrian rebel forces seeking to overthrow President Bashar al-Assad is drawing fire from some in the aid community, saying it politicizes aid and violates principles of neutrality which governs aid delivery.

Secretary of State John Kerry on Thursday announced the United States would give aid to armed opposition, including medical supplies and meals. The aid marks the first signs of direct and vocal American support for the rebels in the nearly two-year bloody conflict, which the UN estimates has claimed more than 70,000 lives and forced millions more from their homes.

Washington hopes the aid will bolster the credibility of the Syrian opposition, peel away supporters from al-Assad and curb a growing allegiance to radical Islamic groups gaining favor among the population by providing basic services to citizens in rebel-controlled areas.

But some aid workers worry al-Assad’s regime could punish all humanitarian groups for the U.S. decision, thus hampering efforts to deliver aid. END_OF_DOCUMENT_TOKEN_TO_BE_REPLACED

CNN's Elise Labott looks at how U.S. foreign aid could be affected by the forced spending cuts. 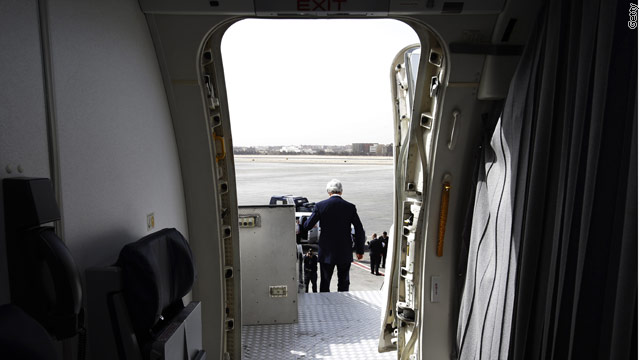 Secretary of State John Kerry arrived in Cairo at a critical stage as political divisions are preventing crucial economic reform.

In an intense 24-hours on the ground, Kerry has a packed schedule of meetings with Egypt's political and military leadership, business leaders and non-governmental organizations.

"It is very important to the new Egypt for there to be a firm economic foundation on which the new Egypt can operate. It will be important for the government to make an agreement with the [International Monetary Fund]," explains a senior State Department official who briefed reporters on Kerry's plane as he flew from Ankara, Turkey, to Cairo. END_OF_DOCUMENT_TOKEN_TO_BE_REPLACED