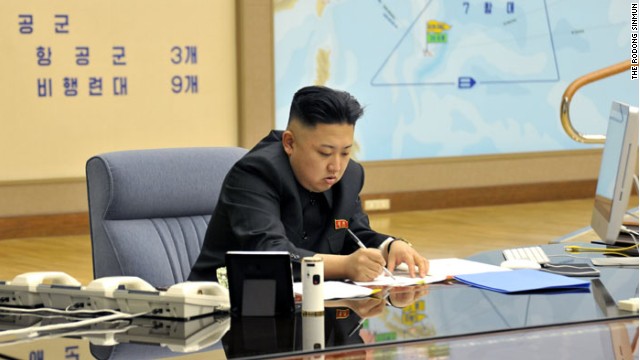 Jill Dougherty talks to an American filmmaker working in Syria alongside rebels seeking the ouster of Bashar al-Assad.

No end in sight for North Korea tensions

While North Korea continues to elevate threats against the United States and its allies, the Pentagon has not seen anything "out of the ordinary" around key missile sites, a defense official told CNN on Friday.

But the heightened rhetoric over nuclear attacks, so far unmatched by any actual military moves, has no foreseeable endgame, a second defense official said.

"This could go on for a while, and we could see variations of the rhetoric," the second official said.

North Korean leader Kim Jong Un has approved a plan to put rockets on standby to fire at U.S. targets, including the American mainland and military bases in the Pacific and in South Korea, state media reported Thursday.

END_OF_DOCUMENT_TOKEN_TO_BE_REPLACED

North Korea's leader has signed off on a plan to prepare rockets to be on standby for firing at U.S. targets, including the U.S. mainland and military bases in the Pacific and in South Korea, state media reported.

In a meeting with military leaders early Friday, Kim Jung Un "said he has judged the time has come to settle accounts with the U.S. imperialists in view of the prevailing situation," the state-run KCNA news agency reported.

"If they make a reckless provocation with huge strategic forces, the KPA should mercilessly strike the U.S. mainland, their stronghold, their military bases in the operational theaters in the Pacific, including Hawaii and Guam, and those in South Korea, he said," KCNA said.

The U.S. decision to fly B-2 spirit bombers over South Korea in military exercises was "an ultimatum that they will ignite a nuclear war at any cost on the Korean Peninsula," the North Korean state news agency said.

A former U.S. soldier has been arrested and charged with illegally using a weapon of behalf of an al Qaeda-affiliated group in Syria.

Eric Harroun, 30, of Phoenix, Arizona, was arrested Tuesday night by the FBI at a hotel near Dulles Airport in Virginia. A justice official tells CNN that FBI agents questioned Harroun at the hotel, then took him into custody.

Harroun appeared Thursday in federal court in Alexandria, Virginia, and was charged in connection with his alleged use of a rocket-propelled grenade in Syria.

The law used to charge him states, "Any national of the United States who, without lawful authority, uses or threatens, attempts, or conspires to use a weapon of mass destruction outside of the U.S. shall be imprisoned for any term of years or for life, or if death results, may be punished by death."

A group of rabbis, reverends and priests has a message for President Barack Obama: stop the drone war.

In a video produced by the Brave New Foundation, a group that uses video and social media to protest against drones, Jewish and Christian leaders describe the practice as "assassination by remote control," which violates religious principles.

“From a New Testament point of view, drones are completely appalling,” the Rev. Paul F. M. Zahl, the retired Episcopal rector of All Saints Episcopal Church in Chevy Chase, Maryland, told CNN. “The whole idea of killing a guy without giving the guy a chance to surrender is preemptive. That for me was completely contrary to the teachings of Christ.”

The video criticizes the Obama administration, stating that the use of war does not follow Just War Theory, which has Roman and Catholic influences. The theory includes criteria that legitimize war, including ensuring that war is a last resort and that it is being carried out with the right intentions. 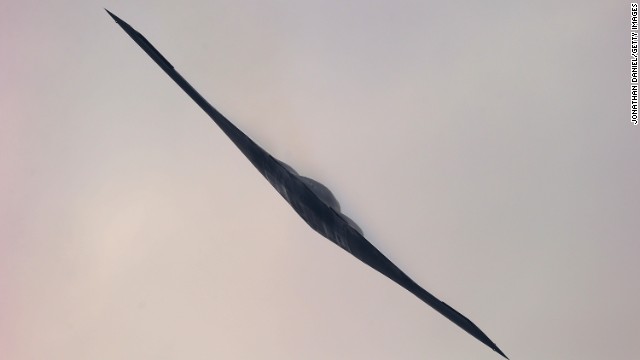 The Obama administration on Wednesday slammed North Korea's pugnacious rants toward South Korea and the West and a U.S. intelligence official called the strident remarks worrisome.

"The ratcheting up of rhetoric is of concern to us," the official said.

The question is whether this is "just rhetoric," he said. Or, "are things happening behind the scenes indicating the blustering has something to it."

Another U.S. official said there is a lot of uncertainty about North Korea's intentions.
END_OF_DOCUMENT_TOKEN_TO_BE_REPLACED