Panetta "ready to go" but will stay until Hagel in place

By Barbara Starr and Larry Shaughnessy

WASHINGTON (CNN) - Defense Secretary Leon Panetta was packed up and ready, as he says, to "get the hell out of town." But it looks like he can't step aside just yet from the top job at the Pentagon.

The Senate on Thursday dashed Panetta's hopes of quickly confirming his intended replacement, Chuck Hagel, before the start of a one-week congressional recess.

Proponents failed to muster enough support in a procedural vote to end debate on Hagel's appointment and push the nomination toward a concluding vote.

END_OF_DOCUMENT_TOKEN_TO_BE_REPLACED

Afghan security forces were beefed up to improve security in tandem with the surge of U.S. troops in 2009. The larger number of Afghan troops would be too expensive to maintain and would eventually have to be reduced as security improved around the country, according to the NATO plan.
END_OF_DOCUMENT_TOKEN_TO_BE_REPLACED

State Department spending would drop by more than $2 billion this year under mandatory, government-wide budget cuts due to take effect in March.

Secretary of State John Kerry detailed the cuts, known formally as sequestration, in a letter to Senate Appropriations Committee Chairwoman Barbara Mikulski, saying they would have far-reaching consequences.

He also said the cuts would "severely impair" efforts to "enhance security" of government facilities overseas and "ensure the safety of the thousands of U.S. diplomats serving the American people abroad."
END_OF_DOCUMENT_TOKEN_TO_BE_REPLACED

"Members on both sides of the aisle have asked that certain information be provided to the committee," Feinstein said in a statement.
END_OF_DOCUMENT_TOKEN_TO_BE_REPLACED

Biden works the phone, Hagel nomination in the breach over Libya questions

In a sign the White House is scrambling to keep President Obama's defense secretary nominee afloat in the confirmation process, Vice President Joe Biden is making calls to Republican senators about former Sen. Chuck Hagel, according to a senior Democratic source.

This comes after the White House sent a letter to Capitol Hill stating that former Secretary of State Hillary Clinton called Libyan President Mohammed Magariaf the same night as the terror attack against a U.S. diplomatic post in Benghazi last year. President Obama, according to the letter, did not make a call to the Libyan president until the evening of the day following the violence.

Read the letter obtained from a Democratic official here.

The three GOP senators–Sens. Lindsey Graham, John McCain and Kelly Ayotte–-had demanded answers about the attack in a letter Tuesday to the Obama administration before committing to vote on Hagel's nomination. Graham had publicly stated that he was specifically asking whether Obama called Libyan officials on the night of the attack against the consulate in Benghazi, which left four Americans dead. 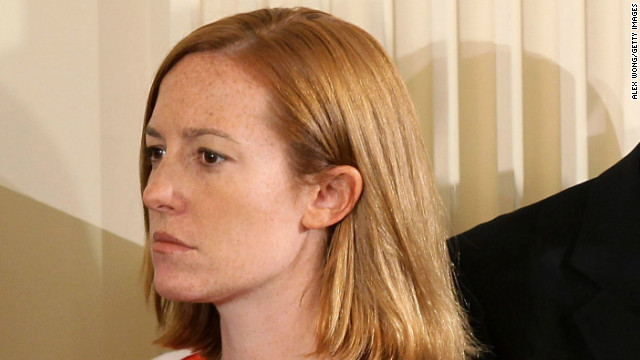 Secretary of State John Kerry has asked his "old communicator and colleague," Jen Psaki, to be his chief spokeswoman, a senior agency official confirmed Wednesday.

Psaki is only in her 30s but she is an old hand at Democratic message-shaping. She worked with then-Senator Kerry on his 2004 presidential election bid and was President Barack Obama's deputy communications director.

Most recently, she has been senior vice president and managing director with the Global Strategy Group, a Democratic communications company.