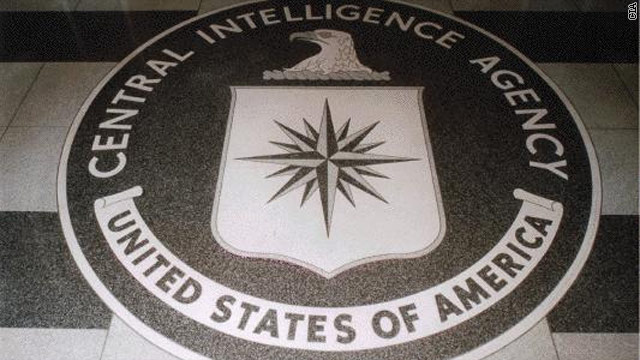 "The consequence of having so many partners engaged in these operations is that the United States is exposed to continuing embarrassment, liability and censure in multiple jurisdictions outside the United States," Amrit Singh, the report's author told CNN.
END_OF_DOCUMENT_TOKEN_TO_BE_REPLACED

Defending the "indefensible": Inside one of Afghanistan’s deadliest battles

EDITOR'S NOTE: CNN’s Jake Tapper takes viewers inside the deadly battle at Combat Outpost Keating in an exclusive interview with Romesha and others who fought off the Taliban attack. “An American Hero: The Uncommon Valor of Clint Romesha” will air Thursday, February 7th at 10pET on CNN.

Next week, President Barack Obama will award former U.S. Army Staff Sergeant Clinton Romesha the nation's highest award for combat valor for his actions in repelling a deadly insurgent onslaught in Afghanistan in October 2009. He is the fourth living recipient to receive the award for service in Iraq or Afghanistan.

In an interview with CNN's Jake Tapper, Romesha describes his thoughts about seeing Combat Outpost Keating for the first time. The remote outpost was at the foot of three large mountains and surrounded by a river on one side as well. By all military standards, the base was virtually impossible to defend because of the looming mountains that would ultimately give the Taliban a tactical advantage to shoot down into the base and offer deep cover to those fighters in the rocky mountainsides.

"This is a pretty indefensible spot. This is the exact opposite of when you open up the manual and look in to find the definition of finding a defensible spot, this is the total opposite of it," Romesha said in the interview with Tapper. END_OF_DOCUMENT_TOKEN_TO_BE_REPLACED

A Justice Department memo determined the U.S. government can use lethal force against an American citizen overseas if the person is a senior operational leader of al Qaeda or one of its affiliates.

The paper provides insights into the Obama administration's policy of targeted killings carried out by the use of drone strikes against suspected terrorists. Several of those strikes have killed Americans, notably Anwar al-Awlaki, the Yemeni American who had been connected to plots against the United States but never charged with a crime. Awlaki died in a drone attack in September 2011 in Yemen.

The 16-page white paper - titled "Lawfulness of a Lethal Operation Directed Against a U.S. Citizen who is a Senior Operational Leader of Al Qaida or an Associated Force" - is a policy paper rather than an official legal document.

NBC News first reported on the contents of the memo, which was given to members of the Senate Intelligence and Judiciary committees last June.  A congressional source verified the document's legitimacy to CNN.

END_OF_DOCUMENT_TOKEN_TO_BE_REPLACED

North Korea's plans for a new nuclear test, like most things that happen inside the reclusive state, are shrouded in mystery. But that's not stopping analysts and officials from making some informed guesses about what's going on.

Why is North Korea planning to conduct a nuclear test?

The North says the "higher level" test is part of its military deterrent in its confrontation with the United States, which it describes as "the sworn enemy of the Korean people."

Its declaration that it would carry out the test came just two days after the United Nations Security Council voted in favor of imposing broader sanctions on the regime in response to Pyongyang's long-range rocket launch in December that was widely viewed as a test of ballistic missile technology.

The pattern of events is similar to the lead-up to the previous nuclear tests North Korea carried out in 2006 and 2009.