The suicide bombing in Ankara Friday is a reminder to counterterrorism agencies that it's not just jihadist groups who threaten Western governments and their interests overseas. Pockets of the extreme left and extreme right still consider political violence legitimate - among them the Revolutionary People's Liberation Party in Turkey.

Turkish authorities have blamed the U.S. Embassy attack on the group, better known as DHKP-C, and are in the process of identifying the bomber.

Analysts say it is likely the attack had two aims - to embarrass the Turkish government and to demonstrate the group's hostility to the deployment of Patriot anti-missile batteries on Turkish soil. Several members of the group are thought to be close to the Syrian regime.

Bomber kills guard outside US Embassy in Turkey

CNN's Barbara Starr reports on the bombing at the U.S. Embassy in Turkey and the response by the State Department. 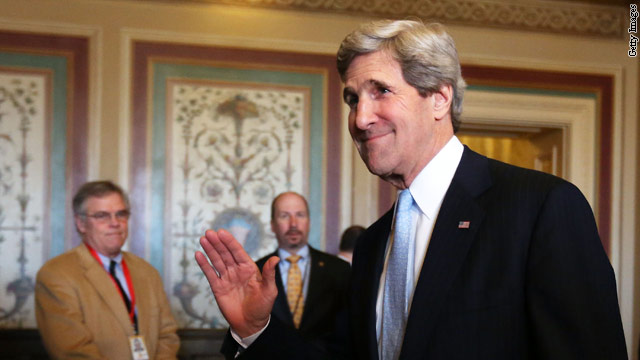 On the road with Hillary Clinton

We have one confession to make right off the top: we have never seen Secretary of State Hillary Clinton sleeping. Informed sources say she does sleep and in her visits to 112 countries, logging nearly one million miles in the air during her four years in office, presumably she did catch a wink or two.

But travel with Clinton is a time warp where clocks and watches showing 24 hours seem inadequate to capture a full day with America’s top diplomat.

You’re simply on “Clinton time” and if you want to survive, you must forget Eastern Standard Time, local time or any other time. Just stick with eternal present time and you’ll survive. But bring your vitamins along.

When we interviewed Secretary Clinton in her last week in office, she described it as a “flying circus” and that’s a good a description as we’ve heard. When you are “in the bubble,” as it is called, it’s a maelstrom of diplomatic security officers with earpieces, dogs sniffing for explosives, handlers and motorcades. You will be jet lagged and sleep deprived but so is she.