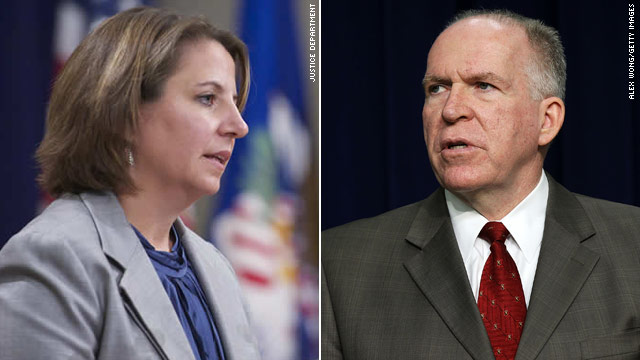 A graduate of Harvard University and University of Chicago Law School - where Obama was a professor before entering politics - Monaco spent many years as a prosecutor.

Who's the spy boss? Brennan vs. Clapper

With Ruemmler, Monaco is likely to have at least one friend inside the president's inner circle.

But filling Brennan's shoes is going to be difficult. Since Obama's inauguration in 2009, Brennan has briefed the president on security issues nearly every day.

Brennan has been by the president's side for many of the moments that shaped his first term. Brennan was the first person to brief the president on the morning of July 20, 2012, when a shooter opened fire in a crowded movie theater in Aurora, Colorado. He was with the president when he decided to launch the raid that killed Osama bin Laden in Abbottabad, Pakistan. He has also been the principal driver of the Obama administration's amped up use of drones to target terrorists.

Whether the specifics of the job will change once Monaco takes over is yet to be determined, an administration official told CNN. But given her experience with security issues at Justice, the FBI and as a prosecutor, Monaco is sure to play a major role as the newest member of the president's national security team.