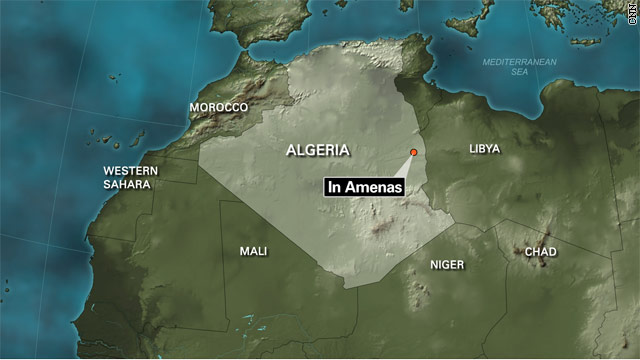 Clinton orders review of American interests in Algeria and region

Secretary of State Hillary Clinton has asked her staff to review security for American diplomats, businesses and citizens in the entire Maghreb and North Africa region, in response to the hostage-taking in Algeria, State Department spokeswoman Victoria Nuland said Thursday.

"That goes not only for official American security but also the message is being given to American citizens and American businesses," Nuland told reporters at the State Department.

After last year's deadly attack on the U.S. mission in Benghazi, Libya, President Barack Obama ordered a review of security at all U.S. diplomatic facilities. In addition, an independent review board recommended to Clinton security improvements that she has ordered to be implemented. This new review goes beyond diplomatic facilities.

Nuland said the State Department has warned U.S. citizens and businesses previously about such threats but, in light of the Algerian attack, the department is looking "at the posture of official American facilities to ensure that our warnings to American citizens are updated and that our advice to American business is updated. So all of our embassies and consulates in that entire neighborhood are undergoing that exercise again today."

The State Department's Overseas Security Council is in touch with U.S. businesses across the region, and has also posted messages on OSAC.gov that are being distributed to registered users, Nuland added.

The day of the attack, Wednesday, Secretary Clinton spoke with the Algerian prime minister. Nuland said the call was "about our willingness to be helpful, about what might be needed, about the desire to keep lines of communication open." She said she expected there will be more contact at that level some time Thursday.

"We obviously have open channels of communications in our counter-terrorist channels and diplomatic channels," she added.

The State Department, through its consular officials in Washington and personnel at the U.S. Embassy in Algeria are in touch with the families of the Americans who have been taken hostage. Officials say there may be as many as seven of them, although they have not given specific numbers.