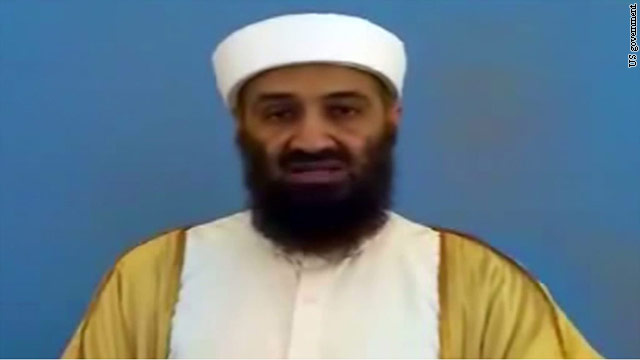 It's not just in a movie. By coincidence, the debate is also front and center as the Senate Intelligence Committee prepares to vote Thursday on whether to approve a report its nearly four-year investigation of the CIA's interrogation and detention program. Committee staff looked at more than 6 million pages of mostly CIA documents in compiling the 6,000-page report.

Sen. Dianne Feinstein, D-California, the committee chairwoman, said the study is the most definitive review of the program, which was authorized by the Bush administration after the September 11 terrorist attacks but discontinued by President Obama when he took office in 2009.

The committee report is classified, and a public version is not expected for several months. But earlier this year, Feinstein responded to claims in a book by a former senior CIA official that the harsh interrogation techniques used on detainees were not only effective, they helped find bin Laden.

On April 30, in a joint statement with Sen. Carl Levin, D-Michigan, Feinstein referred to the ongoing intelligence committee review and stated: "CIA did not learn about the existence of the UBL (Osama bin Laden) courier from detainees subjected to coercive interrogation techniques. ... Instead, the CIA learned of the existence of the courier, his true name and location through means unrelated to the CIA detention and interrogation program."

The new Senate report looks at all detainees held by the CIA and the interrogation techniques used against them - both the harsh ones and the more traditional ones outlined in the Army Field Manual.

But Republicans on the committee are likely to vote against the report. They withdrew participation from the study in 2009 after the Obama administration's Justice Department launched an investigation into whether CIA personnel engaged in illegal activities.

Sen. Saxby Chambliss of Georgia, the ranking Republican on the committee, criticized how the report was done.

"The draft report contains a number of significant errors and omissions about the history and utility of CIA's detention program," he said in a statement to CNN. "This is not surprising, given that the review was conducted without interviewing any of the people involved. As with other major studies like this, the report needs to go to the intelligence community for fact checking before members are asked to cast a vote, so they will know whether the contents are accurate. I do not understand why any member would vote for this report before that step is taken."

A Senate aide familiar with the report acknowledged it is based on the review of documents, but added that the documents included memorandums and transcripts of interviews as well as transcripts of hearings the committee held while it was overseeing the program.

Once approved by the committee, the report will be sent to the CIA and other relevant parties for comment so that they can weigh in before the release of a declassified version.

Civil liberties groups are pressing the committee to put out a public version of the report as soon as possible. In a conference call with reporters organized by Human Rights First, retired Gen. David Irvine said the report could help set the record straight.

"We're confident that the findings will show that all of the waterboarding and all of the brutality and everything else that trashed the Geneva Conventions produced nothing but a national tragedy," he said.

"Zero Dark Thirty" was also very much on the minds of the conference call participants. "I'm quite worried about the potential impact of this film on the public's perception or understanding that torture as a technique has been effective," said Curt Goering, the executive director of the Center for Victims of Torture.

The filmmakers said the intent was to show a broad set of spy techniques.

"How did we find this very, very sharp needle in a very large haystack? I think that's what's revelatory about the lead-up to that, you know. I mean, nobody knows. And that's what the film does," director Kathryn Bigelow told CNN.

The movie "puts you in the audience on the ground with those people, with the targeters and the ground branch operators, looking for this man; and finally finding a courier, and going through marketplaces in Pakistan; and you know, like, various: using electronic surveillance and tracking phone calls to track this man to the Potohar (area of Pakistan), and the Potohar to the compound."