American authorities are examining whether the leader of a post-revolution terror network in Egypt played a role in the September 11 attack on the U.S. Consulate in Benghazi, Libya, according to a U.S. official with direct knowledge of the investigation.

Muhamed Jamal Abu Ahmed has been detained by Egyptian authorities; however, the FBI has not yet had access to him, the official said.

END_OF_DOCUMENT_TOKEN_TO_BE_REPLACED

An announced rocket launch by North Korea this month may be delayed, officials there said Saturday, but did not give a reason for the change

North Korean scientists and technicians are "seriously examining the issue of readjusting the launching time" of a second long-range rocket this year, the state-run Korean Central News Agency reported, citing a spokesman for the Korean Committee of Space Technology.

Despite the potential delay, preparations for a launch continue, the spokesman said.

END_OF_DOCUMENT_TOKEN_TO_BE_REPLACED 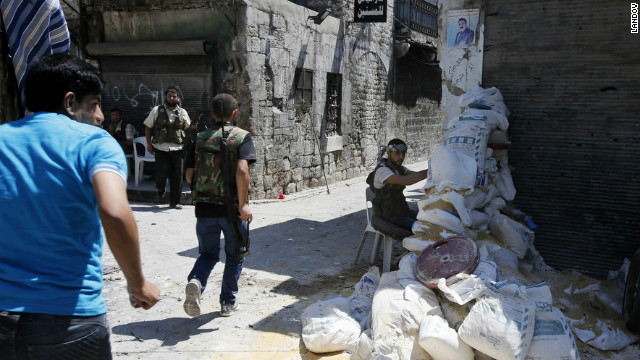 British Foreign Secretary William Hague cited evidence that the Syrian regime could use its stockpile of chemical weapons against rebels battling government forces.

"We are extremely concerned," Hague told reporters on the sidelines of a regional security conference Saturday.

Hague said that there was no simple "red line" which could trigger international military action, but that Britain and its allies had "contingency plans concerning chemical weapons" which he declined to disclose.