While Syrian rebel forces have made significant military advances on the ground against the forces of President Bashar al-Assad in recent days, the U.S. ambassador to Syria says there's no imminent end to the fighting.

"It's very clear to me that the regime's forces are being ground down," Robert Ford said Thursday at a conference sponsored by the Foundation for the Defense of Democracies in Washington. "That said, the regime's protection units continue to maintain some cohesion, and they still have some fight left in them, even though they are losing. I expect there will be substantial fighting in the days ahead."

The fighting has taken a more severe turn in the last week, with U.S. officials now concerned the Syria's president could use chemical weapons out of desperation. This intensifying 20-month conflict has frustrated those who have long argued that the U.S. should intervene militarily.
END_OF_DOCUMENT_TOKEN_TO_BE_REPLACED

Ex-sailor arrested, accused of attempting to hand over sub secrets

A former U.S. Navy submarine warfare specialist has been arrested and charged with trying to give classified information about how to track U.S. submarines to people he thought were representatives of the Russian Federation - but who were actually FBI undercover agents, according to federal authorities.

He appeared in federal court in Norfolk Thursday afternoon for an initial appearance, and the judge granted Hoffman's request for a court-appointed attorney, according to the U.S. Attorney's Office office for the Eastern District of Virginia.

Hoffman will remain in jail pending a detention hearing next Tuesday, the U.S. Attorney's Office said.

According to the indictment, on October 21 Hoffman tried to hand over national defense information to people he thought were representatives of the Russian government, including classified information "that revealed and pertained to methods to track U.S. submarines, including the technology and procedures required."

The government alleges Hoffman intended to harm the United States and give an advantage to the Russian Federation. The court documents do not state whether Hoffman sought any money for the materials.

A law enforcement official told CNN that Hoffman also was seeking money, but the official would not say how much.

The information was given to FBI agents who were conducting an undercover operation. The indictment does not charge the Russian government with wrongdoing.

Hoffman, 39, is described as a 20-year veteran of the U.S. Navy who was trained in cryptology and reached the rank of petty officer first class. He retired from active duty in November 2011. According to his biography released by the military, he served as a submarine warfare specialist.

Hoffman held security clearances, and prosecutors say he signed several documents during his tenure in the Navy promising not to divulge sensitive information.

A U.S. official said Hoffman's home in Virginia Beach was searched, as was a local storage facility he was renting. The official said there was nothing to indicate that Hoffman passed classified information to "actual Russians" any time in the past, but authorities still have to examine items taken from his home and storage locker.

If convicted, Hoffman could be sentenced to life in prison.

Chris Lawrence and Barbara Starr contributed to this report.

Editor's Note: The sourcing in the story was changed to Department of Defense officials. The original story did not accurately describe the source.

The Navy is moving some warships into position to monitor a possible upcoming North Korean launch of a long-range ballistic missile, U.S. Department of Defense officials said Thursday.

The USS Benfold and the USS Fitzgerald - both guided missile destroyers - are moving into positions, although the Navy declined to give their exact location. They are being sent to monitor for a possible launch and "provide reassurance to allies," according two Defense Department officials.

It's possible two additional ships will be sent in the next few days, the officials added.

North Korea appears to be working toward its goal of launching a rocket later this month, with a recent satellite image showing preparations continuing around the site.
END_OF_DOCUMENT_TOKEN_TO_BE_REPLACED 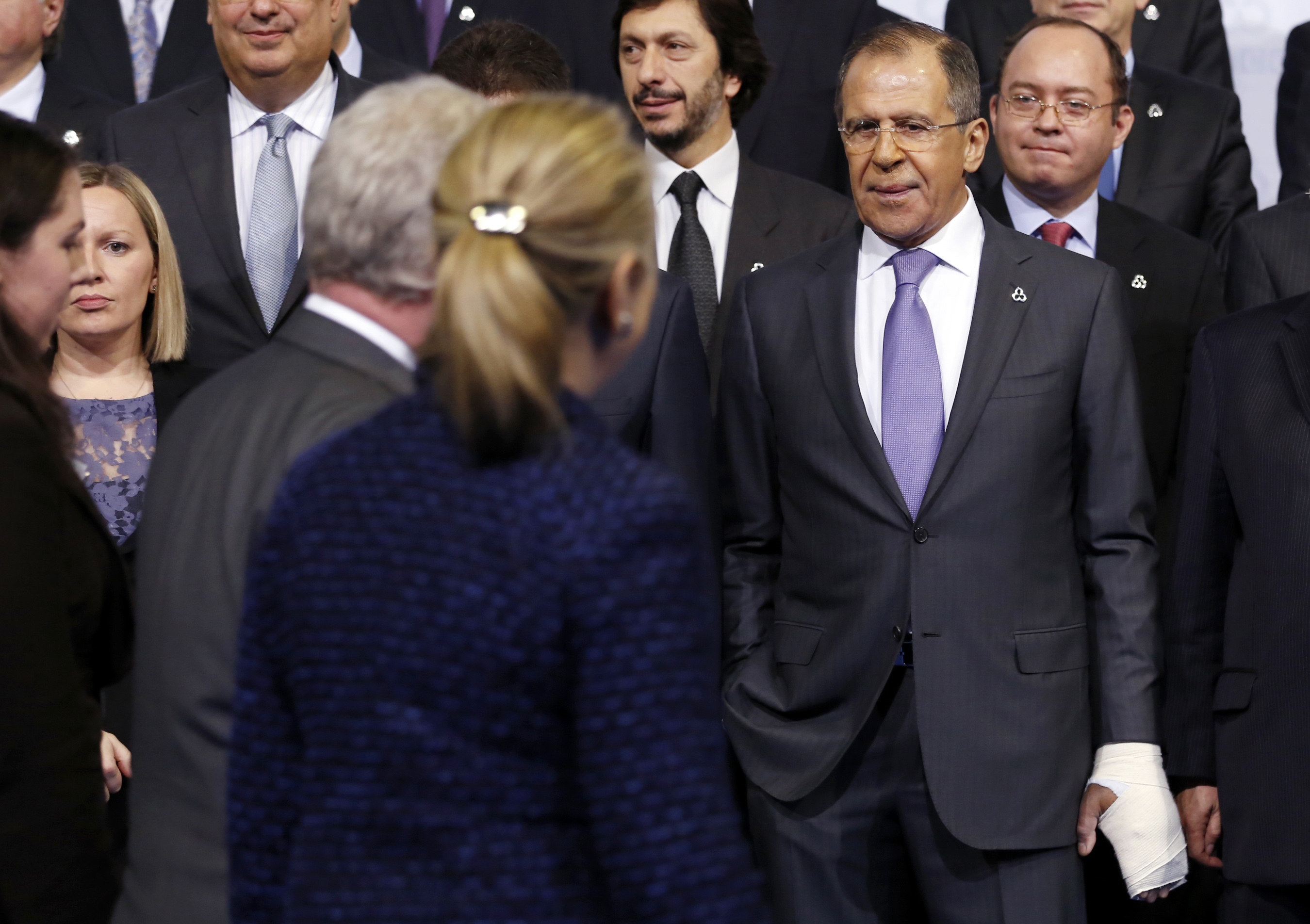 Russia has blocked action against al-Assad at the United Nations, but diplomats say that Moscow, which has insisted there should be no "regime change" in Syria, now increasingly doubts that al-Assad can survive in power. Brahimi has not yet proposed a specific plan to try to end the fighting, but Clinton and Lavrov did work one out in June in Geneva.
END_OF_DOCUMENT_TOKEN_TO_BE_REPLACED

With little fanfare Monday, Marine Gen. Joseph Dunford was confirmed by the Senate as the newest commander for the international forces in Afghanistan, charged with overseeing the final two years of the U.S.-led war and executing the White House plan to phase out troops and leave a small number behind after 2014.

Dunford, much like his confirmation, has made a career of flying under the radar, but he will be front and center as the commander of the International Security Assistance Force, replacing Gen. John Allen. He is well-known in the tight-knit Marine Corps community as a thoughtful and calm leader and has 22 months of commanding in Iraq.

Until his name emerged in August as the nominee for the top job in Afghanistan, few people had heard of him.

His first real position in the public spotlight came at his confirmation hearing last month, which was notable mostly for Sen. John McCain's rant that Dunford lacked Afghanistan experience. McCain seemed amazed that Dunford was not part of the planning phase of the Afghanistan drawdown.

Dunford would not be the first ISAF commander with no real Afghanistan ground experience. When then-Gen. David Petraeus took the position, he had commanded Central Command, which oversaw the war from the U.S., but had never commanded troops on the ground inside Afghanistan. Petraeus's experience was in Iraq.