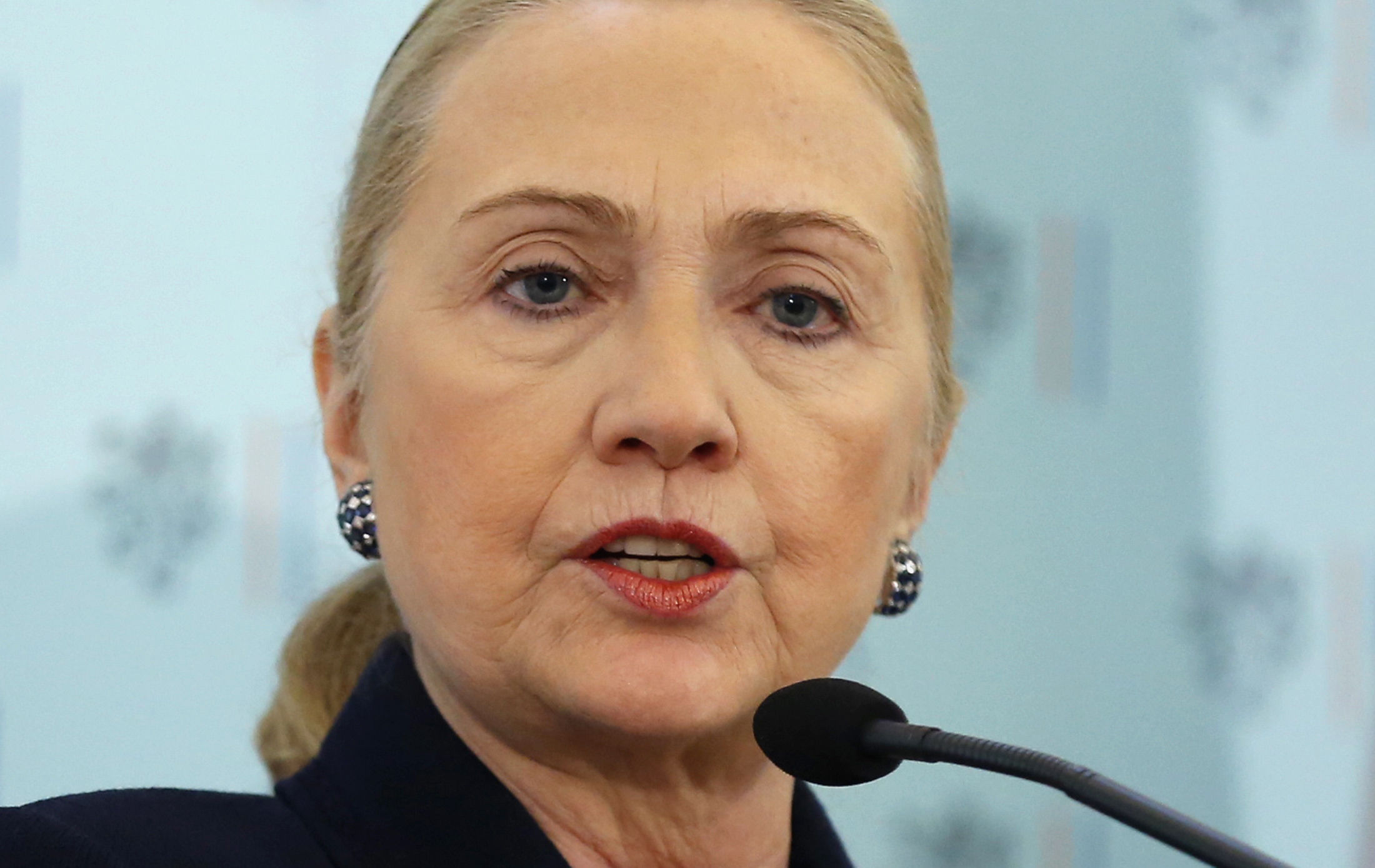 Despite her repeated statements that she will leave public service once her successor is in place, buzz about a possible second run for the presidency by Secretary of State Hillary Clinton is in full force following the showing of a tribute video of her career.

Before delivering remarks on U.S. and Israeli relations Friday, the Saban Center for Middle East Policy at the Brookings Institution rolled out a video replete with soaring music and effusive praise of Clinton's career by high-profile leaders and luminaries, and with it, continued speculation about whether she really has run her last political race.

"As someone who knows a thing or two about political comebacks, I don't think we have heard the last of Hillary Clinton," Israeli Prime Minister Benjamin Netanyahu said in the video.

"I have an instinct that the best is yet to come," said Tony Blair, the Middle East envoy and former British prime minister.

The video was part of the ninth annual forum by the Saban Center that focuses on the ongoing conflict between Israelis and Palestinians, and the U.S. role in dealing with it.

Clinton has repeatedly said that she intends to retire to private life once her successor is confirmed by the Senate, and that another run for the White House is not in the cards for her.

"Look, I'm flattered. I am honored," she told CNN's Wolf Blitzer this year about calls by other Democrats for her to consider another run in 2016. "That is not in the future for me, but obviously I'm hoping that I'll get to cast my vote for a woman running for president of our country."

But with other notable figures like Sen. John McCain, R-Arizona, adding a healthy dose of bipartisan praise for America's top diplomat in the video, the never-ending question of will she or won't she seemingly lives another day. The blogosphere and airwaves were full of predictions Monday that the video signaled Clinton would make another run for the White House.

"The film was like an international endorsement four years in advance of the Iowa caucus and the New Hampshire primary," wrote David Remnick of The New Yorker magazine.

Clinton's onetime competitor and current boss added to the tribute.

"A lot has been said about our relationship, and here's what I know," President Obama said in the video. "You haven't only been one of my closest partners, you have become a great friend."

"I am somewhat overwhelmed, but I'm obviously thinking I should sit down," Clinton said to laughter as she took the stage to begin her remarks. "I prepared some remarks for tonight, but then I thought maybe we could just watch that video a few more times."