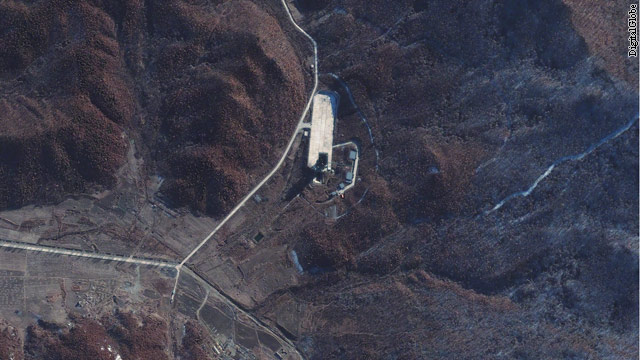 The image at North Korea's Sohae satellite launch station was taken on November 23 and shows similar preparations as was witnessed ahead of the failed April 13 attempt to launch a satellite on top of a long-range missile, the DigitalGlobe analysis concludes.
END_OF_DOCUMENT_TOKEN_TO_BE_REPLACED 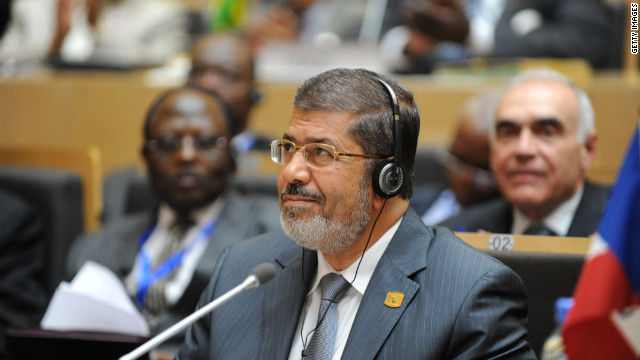 Egyptian President Mohamed Morsy's bid for more power blindsided Secretary of State Hillary Clinton who, as her spokeswoman told reporters Monday, had no forewarning about his upcoming political maneuverings.

Clinton met with Morsy in Cairo last Wednesday in an effort to broker a cease-fire in Gaza but there was no discussion about Morsy's plans for his own government. 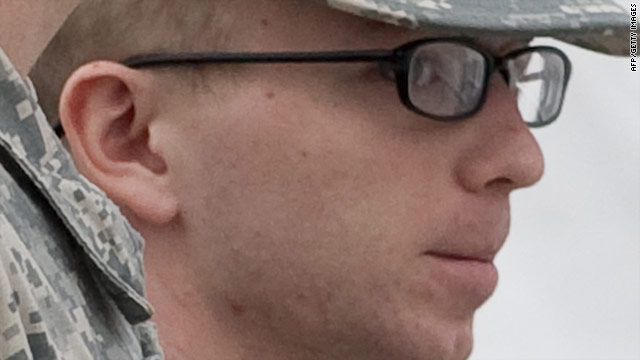 Accused WikiLeaker to take stand over his claims of prison abuse

U.S. Army private Bradley Manning is expected to take the stand for the first time this week as his lawyers plan to use his claim of mistreatment by military jailers to get his case thrown out.

The Army intelligence analyst is suspected of leaking hundreds of thousands of classified military and State Department documents while serving in Iraq. Many of them ended up on the WikiLeaks website. WikiLeaks has never confirmed that Manning was the source of the information.

Manning's lawyer, David Coombs, filed a motion last August to dismiss charges based on a claim, Manning says, of harsh treatment while held at the brig at the Marine base at Quantico, Virginia.

The pre-trial hearing that starts Tuesday at Ft. Mead, Maryland, will be the first time Manning will have spoken in court other than answering procedural questions, said Jeff Paterson, a spokesman for the Bradley Manning Support Network.
END_OF_DOCUMENT_TOKEN_TO_BE_REPLACED

Ambassador Rice to meet with lawmakers on Libya

After facing criticism from Republican lawmakers surrounding her characterization of the September 11, 2012 attack on the U.S. mission in Benghazi, Libya, U.S. Ambassador to the United Nations Susan Rice will hold meetings on Capitol Hill about Libya, an administration official said Monday.

Iran is "finding ways to resupply Hamas" with long range rockets and other weapons even after the intense fighting between Hamas and Israel that ended in a cease-fire last week, a senior U.S. official told CNN.

The issue is sure to be a problem as Israel and Hamas work out further terms of the cease fire agreement.

Outgoing Israel Defense Minister Ehud Barak will be at the Pentagon on Wednesday and the topic of Iran arming Hamas is sure to be discussed.

One area of focus is the Iranian port of Bandar Abbas, which is under intense surveillance by American and Israeli intelligence services using spy satellites to gather the latest on Iran's cargo ships and aircraft smuggling weapons into Gaza.
END_OF_DOCUMENT_TOKEN_TO_BE_REPLACED 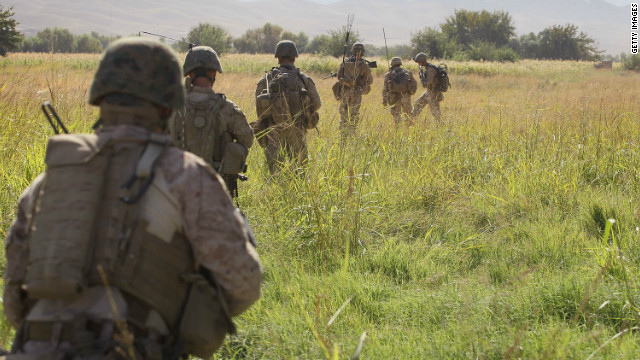 Body armor plates used by special operations forces in combat are being recalled after a manufacturing defect was found in what the military says is a small percentage of the Generation III ballistic armor plates.

"No USSOCOM service members have been killed or wounded as the result of a defective ballistic plate, but the command is removing failed plates from the operational inventories," said Kenneth McGraw, a spokesman for the U.S. Special Operations Command.

Sampling of production lots discovered failure in the lamination of ceramic and steel portions in less than 5% of the GEN III ballistic plates, which are worn inside armored vests during combat. As a result, the flawed vests are being recalled, along with specific production lots in which testing has determined the flaw has occurred.

McGraw said a procedure has been developed to test plates in the field. The problem, he said, stems from "the manufacturer's internal manufacturing and quality assurance processes. The manufacturer has provided the government all information that applies to the defect and has developed a corrective action plan designed to solve the delamination problem."

The manufacturer is Ceradyne Inc. of Costa Mesa, California. 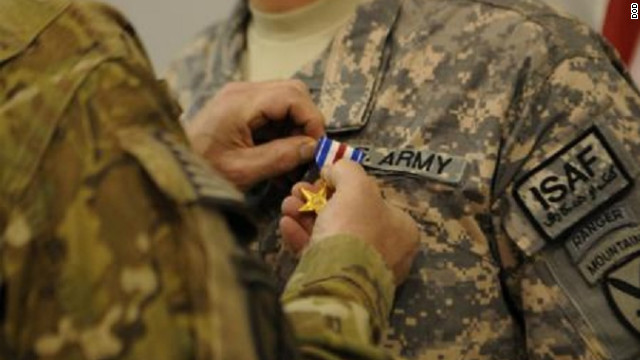 The U.S. military's combat awards process is in disarray and because of that the official Department of Defense statistics do not accurately reflect those who have been awarded combat medals for bravery in the wars in Iraq and Afghanistan, according to some members of Congress.

One of those congressmen, Rep. Duncan Hunter, R-California, is calling for the Army and other services that supply information for the Pentagon's statistics to correct the dozens of disparities, because it is a "disservice" to those who have fought bravely in combat in Iraq and Afghanistan and in our past wars and conflicts.

"There have been repetitive and serious breakdowns at multiple levels of the awards process. Problems are visible across all services, but, overall, there appears to be a lack of transparency and even accountability," according to Hunter.