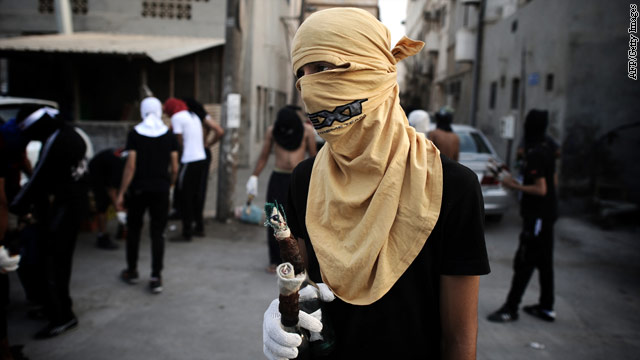 Continued violence by protesters and security forces and a deeply divided population remain concerns of the United States a year after an independent commission offered a scathing report into Bahrain's crackdown on anti-government protests.

Two Obama administration officials briefed reporters in Washington about concerns the U.S. had over the tiny Persian Gulf nation, considered to be a longtime ally in the Middle East and home to the U.S. Navy's 5th Fleet.

"There needs to be created an environment for the possibility of genuine dialogue and negotiation that leads to a prosperous and rights-respecting Bahrain," according to a senior Obama administration official.

The concerns come a year after the Bahrain Independent Commission of Inquiry, which was set up by the government, recommended a series of law reforms and better training of its security forces.

The February 2011 protests were aimed at the government and part of the greater Arab Spring protests spreading through North Africa and the Middle East as repressed populations rose up against their governments.

U.S. officials commended the country on creating the commission and following up on some of the recommendations but said it would like to see the government focus on issues of accountability for misconduct of Bahraini government officials and the ongoing detention of individuals. The U.S. believes they were imprisoned for "actions of free expression and criticism of the government."

While the country has admitted to wrongdoing and said it would change, there are still reports of protests being banned and repression of freedom of expression of the government, as well as taking away citizenship of others.

The U.S. must balance a fine line with Bahrain as the country continues to host the U.S. Navy's chief headquarters in the Middle East. It's a key node in its efforts to contain the influence of Iran.

"We need to do the best job we can to balance those interests ... given our commitment to the fact that reform is the only way genuine stability and prosperity will emerge in the region," according to a second administration official.

As protesters continue to use violent protests to get their message across, the officials said the U.S. has reached out to opposition leaders to preach a message of nonviolence. The U.S. has also told the government that there must be requirement for people to express their views without repercussion by the government.

"We have concerns about bans on demonstrations and the taking away of citizenship," according to one of the officials.

"All of these parties need to find the way to bridge these difference to move closer to each other rather than to take actions that tend to exacerbate the sense of grievance each of them shares," according to the second official.

While the officials would not directly say Iran was involved in the protesting inside Bahrain, there was concern that Iran could play a significant role if the country falls into chaos.

"It is absolutely clear that if the society breaks apart, Iran will be the big winner and beneficiary," one official said.

The majority of Muslims in the Islamic world are Sunnis, with only 10% of the Muslim population being Shiite. But Iran and Bahrain have Shiite-majority populations. Bahrain's ruling Khalifa family, however, is Sunni Muslim.

The officials were also asked how secure the thousands of U.S. troops are that are based in the country, only saying that the U.S. takes seriously their safety and the safety of the U.S. Embassy staff there as well.