Republican legislators on Sunday questioned the motives behind the Obama administration’s initial description of the September attack on the U.S. diplomatic mission in Benghazi, Libya, after Friday briefings on Capitol Hill from the former CIA director.

Asked whether the Obama administration’s initial description of the attacks as “spontaneous” was an attempt to avoid a discussion about terrorist groups being involved, Sen. Roy Blunt said, “Until you hear a better explanation, that's the only conclusion you could reach.”

“You have to have a really good reason why you don't give the American people the information you had, unless you think you're somehow going to really endanger the people that are in other parts of the world,” the Missouri Republican said on CNN’s “State of the Union.” 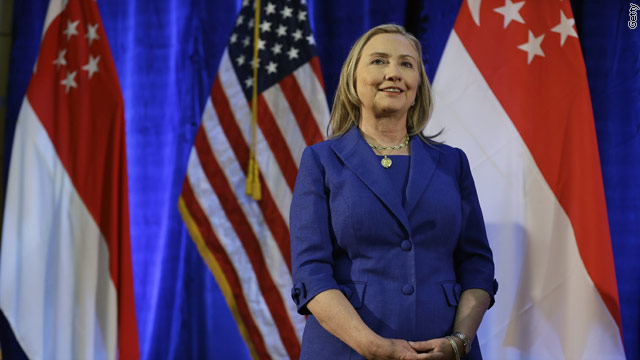 U.S. Secretary of State Hillary Clinton is coordinating with the U. S. Defense Department to monitor where forces are deployed in case they are needed to quickly come to the defense of U.S. diplomatic facilities around the world.

A senior State Department official told reporters traveling with Clinton in Southeast Asia that she "has been getting regular briefings from the assistant to the chairman, a three-star admiral who travels with us ... who she's tasked with staying on top of where relevant forces are positioned to be able to come to the aid of our State Department facilities if that is ever required."

The move comes in the midst of congressional hearings that have criticized the Obama administration for not moving quickly enough to rescue the American ambassador to Libya and other U.S. personnel who were killed in the September 11 assault on the U.S. mission in Benghazi, Libya.