An investigation into sexual assaults and harassment at the basic-training facility for the U.S. Air Force has led to sweeping changes of how instructors are chosen, as well as to an increase in the number of female instructors for new recruits.

The announcement came on Wednesday as the Air Force briefed reporters at the Pentagon on the findings of an investigation into claims earlier this year that dozens of female recruits had been sexually assaulted.

The Air Force's final report into the Air Education and Training Command at Lackland Air Force Base in Texas said some of the instructors, "lacked the experience necessary to effectively serve as mentors and leaders and had little to no supervisory experience...this lack of experience is considered particularly relevant when a single (instructor) is generally responsible for a flight of 50 or more trainees."

Some 23 instructors have been identified as having been allegedly involved in the misconduct against 48 recruits at the school. The report says five people have been convicted in military courts on rape and adultery charges, with punishments ranging from 30 days in prison to 20 years behind bars.

END_OF_DOCUMENT_TOKEN_TO_BE_REPLACED 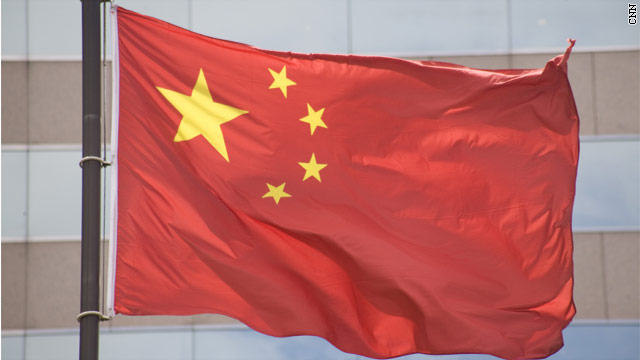 U.S. to China: Let's talk about your nukes

China is modernizing its military at a "remarkable rate," including its own nuclear weapons capability, says a congressionally mandated panel exploring the relationship between the United States and China.

In its annual report to Congress, the U.S.-China Economic and Security Review Commission said China has spent the past two decades improving and advancing its military nuclear posture and could have a "triad" of land, sea and air delivery systems "within the next two years."

As a commissioned officer in the military reserves, Paula Broadwell's security clearance would be "secret" or "top secret," which would allow her access to classified documents, according to military officials.

But exercising a security clearance depends on the type of job a person has, said the officials who spoke privately about the matter because Broadwell is entangled in an investigation of her ties to former CIA Director David Petraeus.

She has been identified as his mistress. The affair forced the former four-star general to resign his post last week. She also co-authored a biography about him.

A U.S. official familiar with the content of the e-mails Gen. John Allen sent to Jill Kelley described them as "embarrassing" and warranting the investigation that has been launched.

"They are embarrassing. If they got out, John Allen would be very embarrassed by them," according to the official, who emphasized that there is no evidence of "physical contact between the two."

"The e-mails are concerning enough to warrant an investigation," the official said.

A second U.S. official, who has had the e-mails described to him, characterized the content as "sexy," but emphasized he could not say whether they "crossed the line." END_OF_DOCUMENT_TOKEN_TO_BE_REPLACED

In this handout picture taken on May 23, 2012 and made available by IntelCenter, American extremist in Somalia's Al-Qaeda affiliated rebels Omar Hammami poses with the cover of his autobiography on a laptop was released to prove the authenticity of his autobiography in an undisclosed location.
November 14th, 2012
01:08 PM ET

An American from Alabama wanted for aiding Somalia-based terrorists was added to the FBI's "most wanted terrorists" list Wednesday.

Omar Shafik Hammami, 28, was indicted in Alabama five years ago for traveling to Somalia to assist al-Shabaab, which the U.S. has designated a foreign terrorist organization.

Hammani, a U.S. citizen, is believed to be in Somalia now and should be considered armed and dangerous, the FBI said.

The FBI also added Raddulan Sahiron, a Filipino wanted for his alleged involvement in the kidnapping of an American in the Philippines in 1993, to the "most wanted terrorists" list.

Sahiron allegedly worked with Al Harakat al Islamiyyah, also known as the Abu Sayyaf group, to kidnap an American from his home in the Philippines on November 14, 1993, the FBI said.

In a 911 call, aspiring socialite Jill Kelley demands that police in Tampa, Florida, help remove people from her property, describing herself as an “honorary consul general.”

"I am an honorary consul general,” the 911 recording says. “… I have inviolability. They should not be on my property. I don't know if you want to get diplomatic, uh, protection involved as well. It's against the law to cross my property …"

Kelley, it turns out, is an “honorary consul” for the South Korean government, according to the South Korean Ministry of Foreign Affairs and Trade. The official South Korean news agency Yonhap reports that Kelley had "good connections and network and a willingness to develop Korea-U.S. relations, including the free trade agreement between the two nations."

South Korean officials tell CNN that “an honorary consul can generally play a role of promoting trade and economic cooperation between the two countries.”

South Korean Presidential Decree No. 23706 describes the duties as anything from “work(ing) to protect Korean national/resident living abroad” to “promoting interacting of trade, economy, art, science and education.”

The honorary post, however, has no official responsibilities, in spite of Kelley’s attempts to invoke “inviolability.” Yonhap cites a South Korean official as saying that “she will be relieved from the symbolic post if she is found to be problematic.”
END_OF_DOCUMENT_TOKEN_TO_BE_REPLACED

A story told about Marine Gen. John Allen while commanding troops in Iraq describes his ability to inspire the loyalty.

A mortar shell landed near a mess hall where Allen was eating, sending a young soldier under the table for cover. Allen, who remained upright during the attack, bent over and said to him, "Son, you're not going to win the war from down there."

Allen may be tempted to find cover under a mess hall table this week as he has been entangled in the sex scandal that ended the career of Gen. David Petraeus, who he followed as commander of international troops in Afghanistan.

An investigation into "flirtatious" e-mail exchanges between Allen and Jill Kelley, the woman whose complaint about anonymous, harassing e-mails uncovered Patraeus' affair with Paula Broadwell, has put Allen's promotion as NATO commander on hold.