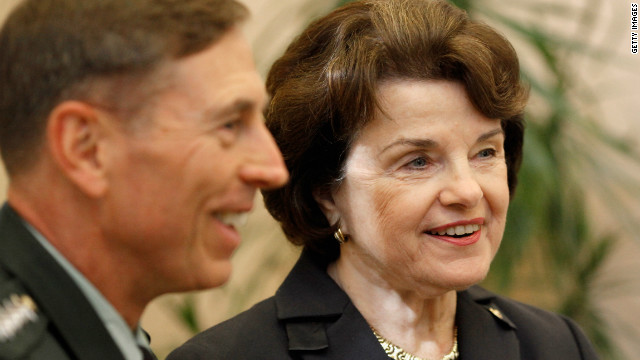 Senator Dianne Feinstein, chairman of the Senate Intelligence Committee, told CNN CIA Director David Petraeus' resignation is "tragic for this human being" and for the country. "He loved the job, had a big design for the job," she said.

Feinstein also made the point that "people are going to say he's a scapegoat for Benghazi and that's absolutely false," referring to the controversy over the timeline of the terror attack at the U.S. mission in Libya that killed four Americans, including Ambassador Chris Stevens. "I know what the personal story is. It is not a cover up."

While she refused to elaborate on the details surrounding Petraeus' sudden departure, she told CNN "I deeply believe, based on what I know, that it was an egregious personal mistake."